Technology today is advancing at a dizzying rate. Decades ago, the thought of any kind of remote control over your home existed only in the imagination. Now, we can control our thermostat, lights, and even our security systems via a smartphone, a device which in itself is a technological marvel.

As we approach a new decade, the future of home automation looks brighter than ever, with technology that once was science-fiction now becoming commonplace.

Here are 6 predictions for the future of home automation. 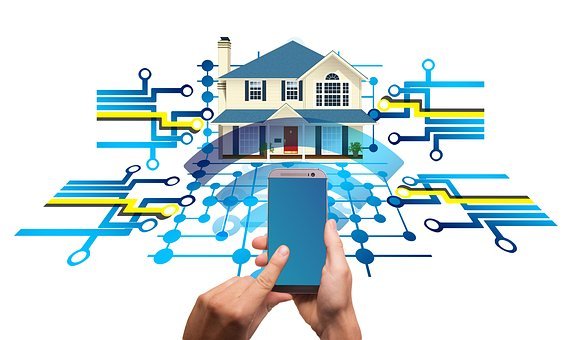 A.I. has been at the forefront of technology in many sectors, including industrial factories, the military, and even video games. A.I. could also be used to great effect in our homes, improving threat detection and proactive alarm systems, notifying you of any danger quickly and effectively.

Whatever the future of home automation holds, you can be sure that A.I. will likely be a part of it.

With the success of Alexa and Google Assistant, we could very soon start seeing more smart home devices. These devices could range from systems that remember to turn off the lights and lock the door for us to alarm deactivation based on facial recognition.

It is safe to say that we will see far more smart home devices in the future.

It is possible that ‘smart technology’ could be incorporated with the items that we use in our kitchens. Imagine, for example, a rice cooker or a slow cooker that could link with Alexa and be controlled remotely by your phone while you are at work. You would also be able to monitor how much time is left on said device at any time.

These gadgets could help revolutionize the way we make meals as we move into the future.

It is very likely that we will see more devices integrate voice control technology in the future for home automation. Currently, there are plenty of devices around our homes that we can give vocal commands to, such as video game consoles, smartphones, and televisions.

As time moves on, we may see more of this convenient technology both inside and outside of our homes. For example, we may see home audio systems and even car dashboards that can be activated with voice control.

While many consumers have purchased devices that advertised themselves as offering “wireless charging,” in reality all these devices deliver is “inductive charging,” a method of charging that has been around for several decades.

This said, genuine wireless charging could be coming sooner than you think. Rather than having to plug in your phone or set it on a device, imagine being able to charge it anywhere in your home!

This technology could also come with the added bonus of potentially eliminating the need for battery replacement of all the devices in your home, saving you both time and effort. 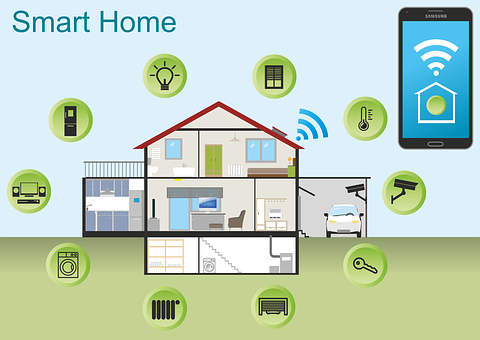 One of the most intriguing technologies being developed currently is sociable robots, machines that have the capability of human interaction. While they won’t be like the cute robots from Star Wars or The Jetsons, We could see robots that could function as pets or even friends that we could talk to!

There is also the possibility that these robots could sync with our home devices and monitor not only our security, but also other mundane things like oven timers and the news.

If you would like to learn more about what the future of home automation has in store, visit our blog where we keep readers up to date about the latest advances in home security.

Home Cleaning Services – Why You Should Start Taking Them Seriously

6 Intriguing Ways The Future Of Home Automation Could Unfold

5 Pests You Don’t Want In Your Home