From smart speakers to smarter power controls, Internet of Things has become an essential part of our lives. That having said, industries are the ones to get the maximum potential from this tech, at least at this point, and automotive isn’t an exception. Obviously, it’s impractical to list out everything IoT would be doing in the automotive industry — just think of the size. Instead, we wanted to give you an overview of the applications of IoT in the automotive industry. This would actually give you an idea of how automotive vehicles will look like in some years and how their production is transcending limits. 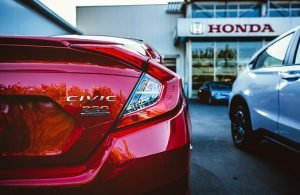 We already have a number of vehicles that offer a combination of smartness, convenience and safety. Let’s take the case of Tesla electric vehicles for an example. First of all, they have been designed to reduce waste and maintain the environment in a better way, but that’s not all. You have with you an infotainment system that is capable of more than playing music and connecting your smartphone via Bluetooth. Instead, it makes use of IoT technologies to ensure the smooth functioning of vehicle management and many other things. On any day, this is one of the biggest applications of IoT in automotive industry for the common person.

Maintenance is surely one of the main things that manufacturers are concerned about. Thanks to Internet of Things, this process will become incredibly easier and convenient. Considering that infotainment systems on vehicles do come with standalone connectivity options, the same system would give manufacturers brief and on-time notifications about predictive maintenance. Even if this information is not sent to the ultimate manufacturer, the customer itself can receive alerts and notifications. For instance, a temperature logger is capable of indicating so many things about a vehicle.

Between the vehicle and the customer or between the vehicle and the manufacturer, real-time monitoring of various aspects is something so important. For instance, most of today’s vehicles come with an effective tool for remote temperature monitoring. These sensors can be placed possibly anywhere and thus could be helpful in providing a close look at how different parts of the vehicle are performing. In addition, this data is to be used for inter-vehicle communication as well. You would have a great scope in managing the total deal of transport and commute.

We cannot ignore the bright future that the connected vehicle ecosystem is claiming to offer while we are talking about IoT and automotive industry. First of all, Internet of Things would establish every vehicle as an individual device that has its own identity on the internet. Soon enough, these identities can be used to make an interaction between other vehicles. Multiple cars, for instance, can be talking to each other, creating an amazing result in the end. Of course, this requires a combined effort from a number of agencies like vehicle manufacturers, communication service providers and many others. 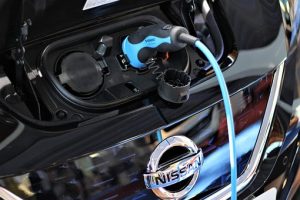 Probably the best thing Internet of Things could offer to the automotive industry, there are additional deals of security and safety. For instance, a simple humidity logger in a car can provide enough information that is capable of improving the overall security of the vehicle. Similarly, a number of factors would work together to offer you the best results in the long run. Although this might be an abstract concept at this point, actual potential of these is super-cool. And, that is one way IoT can impart magic in the world of vehicles as well as overall automotive.

What do you think about these changes? Do let us know via comments.