Artificial Intelligence (AI) represents an idea of a computer that’s capable of thinking on its own to a certain degree. A few decades ago, AI was something you’d find in Sci-Fi books and movies, or perhaps being secretly developed by a big agency like NASA.

Today, however, we are faced with various degrees of Artificial Intelligence wherever we turn. From our smartphones to home appliances and cars, AI has become a part of our everyday existence. And, it’s here to stay (for better or for worse). 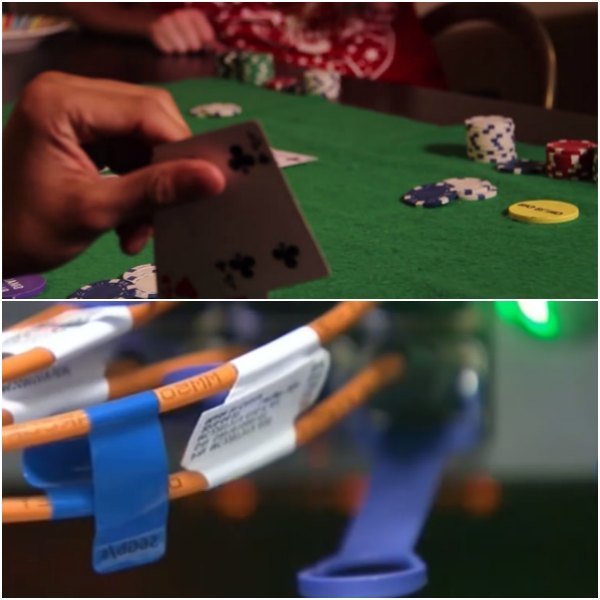 Skill Games Are an Excellent Test for Artificial Intelligence

The development of AI can best be seen in the examples of various board games that people used to believe computers could never play at the same level as the best human players. Although no one in their right mind would try to refute the idea that computers are infinitely better at calculating than humans, there’s always been this idea that there is more than just math in games like chess, Go, and Texas Hold’em poker.

As the time goes by, however, it seems more and more apparent that everything can be calculated.

Even though Kasparov no longer plays chess professionally, many believe he was the greatest chess mind to have ever lived. Those who do dispute it will still agree that he is certainly among top three players in the history of the game.

So, when IBM developed the chess-playing supercomputer Deep Blue, it is fair to say the humanity had the finest player there was to fly their flag. In the minds of most, the computer, a metal box, no matter how big and flashy, could never stand up to such a brilliant mind.

The first match that took place in 1996 seemed to confirm this theory, although it wasn’t smooth sailing many thought it was going to be. Deep Blue actually started with a win, but Kasparov managed to bounce back and win the match with the final score of 4 – 2.

The Famous AI Win That Started It All

Then came 1997 and the rematch saw the unthinkable happening. Garry Kasparov, the reigning world chess champion and one of the most brilliant chess minds in the history lost to a computer. It wasn’t a massive defeat (Kasparov lost 2.5 to 3.5), but it was a defeat nonetheless.

The 1997 match was accompanied by a lot of controversies, and the post-game analysis had actually shown that Deep Blue played far from a perfect game, but it was still able to come out on top. Today, we have chess playing software for regular desktop computers capable of holding their own against almost any grand master.

Google’s AlphaGo Proves Superior in the Game of Go

When Deep Blue beat Kasparov at chess, it was a surprise, but people came to terms with it. In the end, chess is purely a game of calculations, and if a computer can calculate far enough in advance, it must have an advantage over human players because of physical restrictions of our brains.

But the game of Go was a whole different ballpark.

Scientists couldn’t use the same logic they used to develop chess software to create a strong Go-playing AI. The game relies much more on intuition and the feeling for the position, making it difficult for a computer to find its way around the Go board.

And, for a couple of decades, this was the state of the matters. Many tried, and many failed at developing a Go-playing AI that would be able to compete against even strong amateurs, let alone professional Go players.

Google came out with its AlphaGo, and the AI played one of the best living Go players, Lee Sedol, in March of 2016. Out of the five games they played, Sedol managed to win just one. AlphaGo scored four wins, and there was no way Sedol wasn’t trying his best, as he stood to win $1,000,000 if he defeated the AI.

This was a truly shocking and unexpected defeat, proving that AI has come a long way, and it was capable of things far beyond simple calculations. In its own way, it was thinking and making decisions.

Poker has always been considered a game of humans, where the guts, emotions, and the feel played a huge role. For these reasons, it was believed computers could never truly crack it, as they couldn’t adapt to random factors of the game such as No Limit Texas Hold’em.

This belief was reinforced by the 2015 match which was played between four of the best heads-up (one on one) human poker players and the AI called Claudico. Like the first match Kasparov played against Deep Blue, humanity was triumphant.

But, early in 2017, a new poker-playing AI was introduced, named Libratus, and it once again challenged humanity. After twenty days of play and 120,000 hands of No Limit Texas Hold’em, the same game played by tens of thousands of players online at poker betting sites, human players could do nothing else but admit Libratus had their number throughout the match. The AI victory was decisive and complete, as computer won more than $1.7 million (although no real money exchanged hands).

Artificial Intelligence is Winning in Style

One game after another, Artificial Intelligence is demonstrating its superiority. Although it is being developed by humans, latest examples are a clear indicator that we’ve reached a point where we have AIs capable of doing things on their own.

Libratus could be the best example of this, as the AI kept adjusting its game plan throughout the match, baffling its opponents.

At this point, we are quickly running out of games to compete in. It seems like it’s time to come to terms with the fact that in the games where everything can, in fact, be calculated, regardless of how complex these calculations may seem, Artificial Intelligence simply has an advantage.

Artificial Intelligence: The Future For Consumers And Businesses.

Importance of Sales Tracking in your Business