What are the odds that you will win the lottery? Pretty slim. To put this into perspective, you have one in 178 million is the probability that you will win the Mega Millions. The chances are even smaller when playing the Powerball- one in 292 million. Compare these odds to dying as a result of:

Evidently, the odds of winning a lottery are much slimmer, if not impossible. You see, winning the lottery is a game of probabilities. Here’s a brief explanation of how it works.

According to the rules of probability, each time you play, the lottery presents an independent probability. As such, you can’t increase your odds of winning by playing frequently. It’s similar to tossing a coin; each time you toss, it presents a 0.5 chance of landing on the head regardless of the number of tosses. The good news is you can increase your chance of winning. Here’s how:

Larger lotteries like the Mega Millions are quite difficult to win, so you want to look for those offering better odds. Although the jackpot prize is smaller, they are much easier to win. So how do you know lotteries with better odds?

A pick-5 game is better than a pick-6 lotto game. These two factors should help you understand the game’s overall odds. For example, if choosing between a 6/49 game and a 6/42 lotto, the latter is a better pick, and a 5/35 game is easier to win than a 5/42 lotto. This is because lotto systems with fewer numbers are better. Lottoland lists the odds of winning the lottery; it should come in handy.

Be sure to watch out for that extra ball as it affects your chances of winning and makes some lotto systems more favorable than others. For example, the Tattslotto system involves taking two supplementary numbers from the same drum making it more desirable than the U.S Powerball.

Many players opt for the quick-pick approach as it is fast and convenient. However, every time you purchase a quick pick, you obtain a different set of numbers reducing your odds of winning the lottery every time you play. 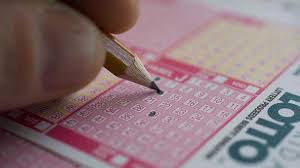 When you have identified your lucky numbers, play them every time, and avoid switching them. Keep in mind, a set of numbers is selected to win the jackpot, not individual numbers. You can repeat one or two numbers but ensure each group of numbers is different from the next to increase your odds of winning the game.

Many players are inclined to choose numbers that correspond to their birth dates. The truth is, such a group of numbers restricts you to the 31 numbers in a calendar. Spreading your options beyond the 31 days gives you an edge over other players choosing birth dates and reduces the probability of splitting your reward. The same reasoning applies when using anniversary dates.

Many players believe that the more draws they play, the more likely they are to win. It is not the case. On the contrary, playing just one ticket every week means you will take 5.6 million years to win the lottery.

The best way to increase your odds is to save enough cash to purchase more tickets. From a mathematical point of view, the more tickets you play, the more likely you are to win a game. For example, if you are playing the 6/49 lotto system, you have 1 in 14 million chance of winning the game. If you buy two tickets, you double the probability of winning to 1 in 7 million, and as you purchase more tickets, the likelihood of hitting the jackpot prize improves.

While winning a lottery is nearly impossible, the points discussed should help you improve your chances of winning. Think about the numbers you want to pick, purchase more tickets, and avoid using computer-generated numbers. And once you identify your lucky numbers, avoid switching them.