Stroke recovery is a gruelling process, but the advancement of new technologies could pave the way for a speedier and improved recovery. 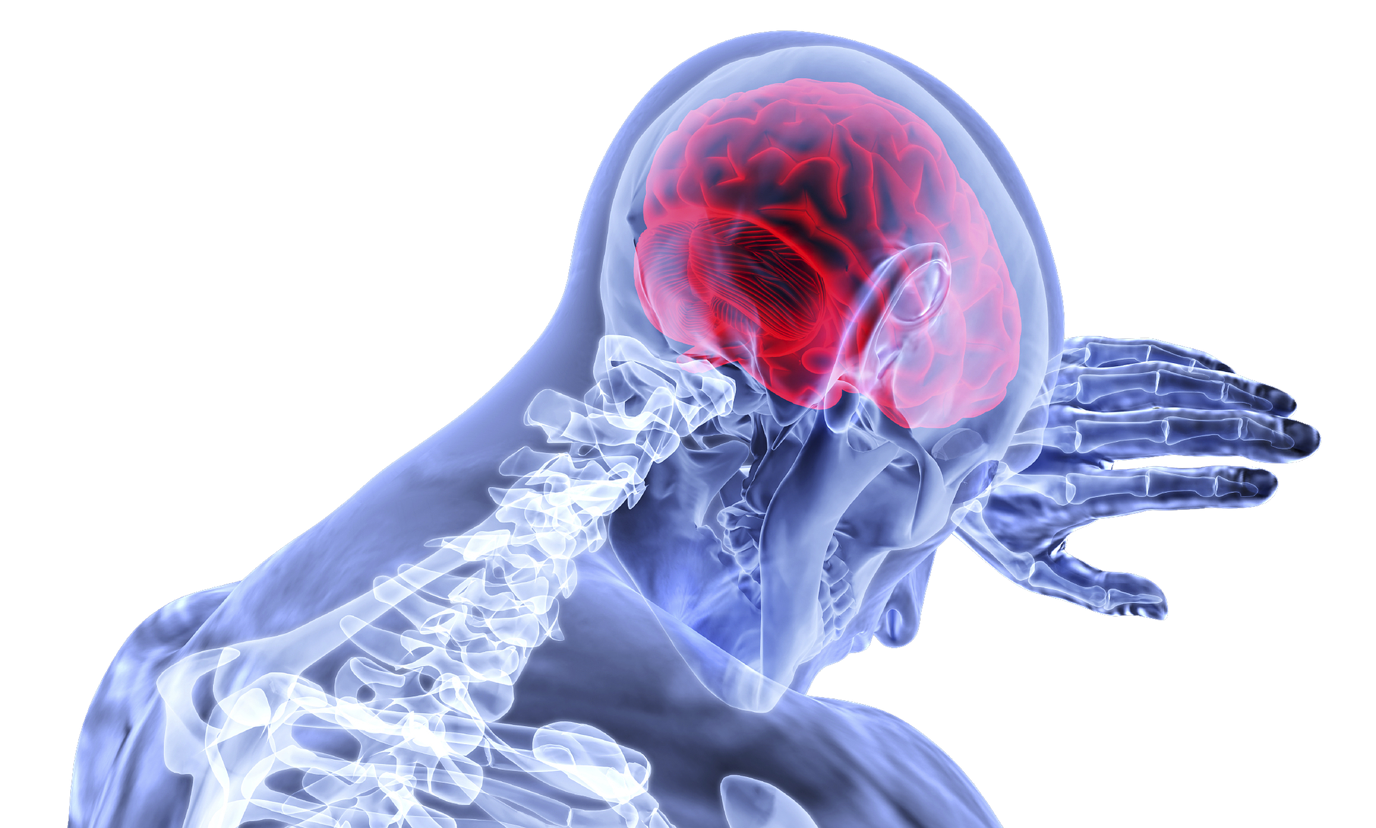 Anyone who’s suffered from a stroke knows just how difficult recovery can be. The amount of care and attention required to get back on your feet is ruthless.

Strokes are one of the most common debilitative conditions to happen to humans, and they come seemingly out of nowhere. What’s worse, the misdiagnosis of a stroke happens in 10 percent of cases, so many sufferers don’t receive the treatment they need to even make it on the road to recovery.

With new technology cropping up every single day, could this be the solution to simpler recovery? Today, we’re not just going to give you a brief overview of what a stroke is, and the problems people go through with stroke recovery. We’re going to delve into how new technologies are helping people get back on their feet more efficiently than ever before.

What is a Stroke?

A stroke is a serious life-threatening medical condition that takes place after the blood supply to part of the brain is cut off. The two main causes of a stroke are ischaemic, where the blood supply is stopped because of a blood clot, and haemorrhagic, where a weakened blood vessel supplying the brain bursts. Ischaemic causes make up 85 percent of all stroke cases, triggered by high blood pressure, high cholesterol, irregular heartbeats, and diabetes.

The sooner someone receives treatment for a stroke, the less damage they will suffer and the more likely they are to recover further down the line. If it looks like someone you know is having a stroke, or you identify it in yourself, it’s imperative that you call an ambulance immediately to prevent irreparable damage.

The best way to spot a stroke in yourself or someone else is by following the FAST acronym. This stands for:

the face drops on one side, the mouth or eye has dropped, or the person is unable to smile.

the person is unable to lift both arms and keep them there, because of weakness in one of them.

the person’s speech may be garbled, or they be unable to talk at all. They also might not be able to understand what you’re saying.

time to call an ambulance if you spot any of these signs.

Now that we’ve gone over what a stroke is, it’s time to look at what a person who’s had one goes through during their stroke recovery. This will help us understand how new technologies are improving this experience in the next section.

The stroke recovery rate is quick in some people, but a large proportion need long-term help to regain their independence. The symptoms and severity of their condition defines how long the process should take and how hard it will be.

It often takes a whole team of different specialists to help you through the stroke recovery process. This includes physiotherapists, psychologists, occupational therapists, speech and language therapists, dietitians, and specialist nurses and doctors. 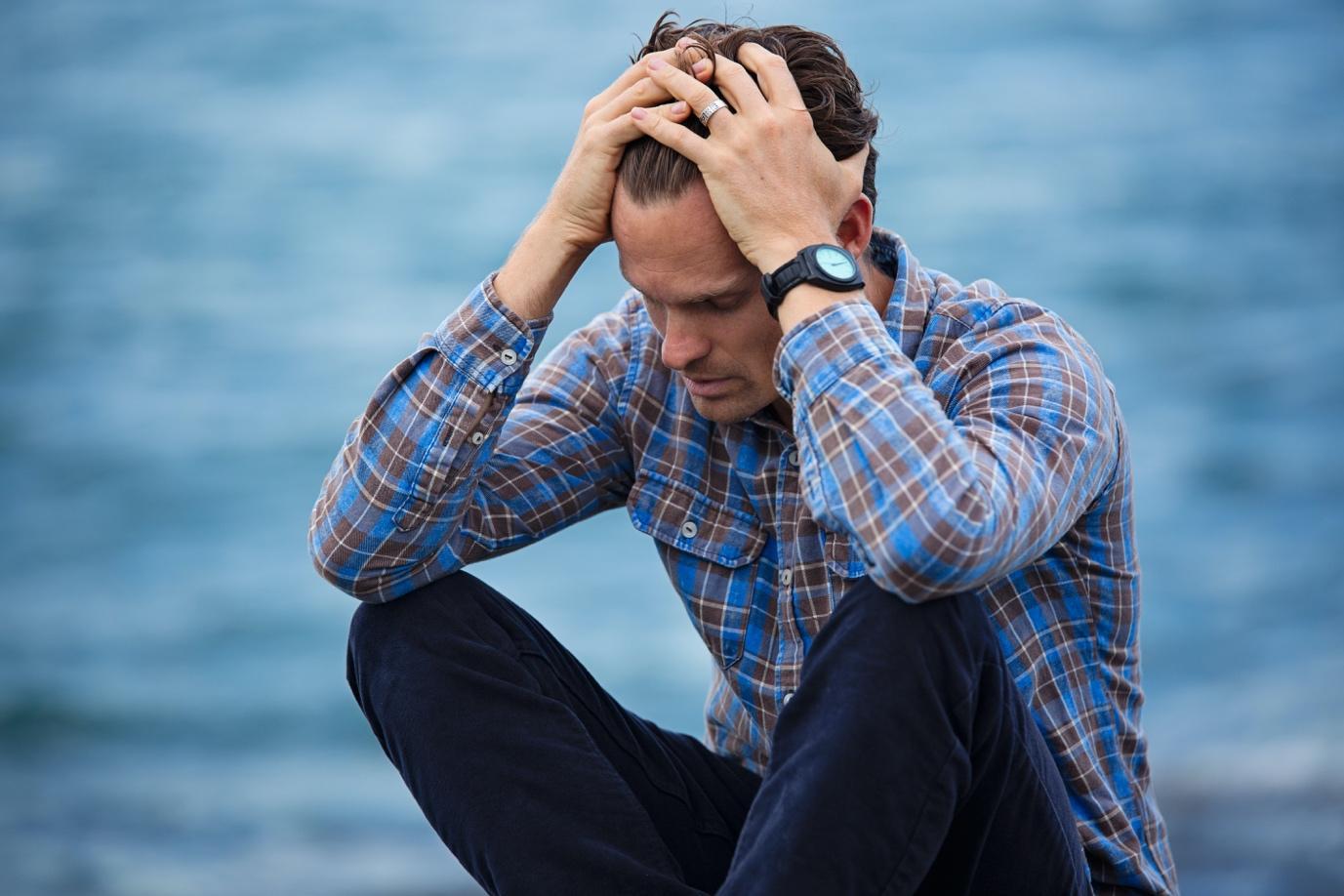 It sounds like a crazy amount of help, but that’s because of the huge list of impacts strokes have on the mind and body. Here are a few just to give you an idea:

Psychological Impact of a Stroke

After a stroke, survivors can suffer from depression and anxiety. The depression can make them experience intense bouts of crying, hopelessness, and a withdrawal from social activities.

The anxiety associated with stroke recovery can make the person experience general feelings of fear and have anxiety attacks. The psychological impacts have also been known to include:

Cognitive Impact of a Stroke

Cognitive functions refer to the way our brain processes information. Strokes disrupt many of these functions, including:

Sufferers can be taught to compensate for these losses of cognitive function during their recovery. Most of them will return with time and rehabilitation, but often not to the way they were before.

Movement Problems After a Stroke

Strokes can also cause weakness or full-blown paralysis on one side of the body. This makes it difficult for the person to balance and coordinate their movements properly. The sufferer might also feel extremely tired or fatigued in the first few weeks after a stroke. They may also struggle to sleep which makes them even more tired.

Physiotherapy, which is a long, arduous process of using stroke recovery exercises to retrain your body to move again, will be given as part of the stroke recovery process.

Now that we have a full picture of what a stroke is and the problems facing a sufferer in stroke recovery, it’s time to delve into the new technologies that are improving the recovery process.

An experimental treatment is being trialled at the Neurological Institute at Ohio State University’s Wexner Medical Center, known as vivistim therapy. This therapy aims to help with stroke recovery through the use of a neurotransmitter implanted below the skin on the chest. This device is connected to the vagus nerve in the neck, which transmits signals to the brain telling it what to learn.

The neurotransmitter is supposed to help rewire the circuits in the brain that control motor functions. When teamed with rehabilitative therapy, this improves upper limb movement following a stroke.

Vivistim therapy has been used for other conditions, such as epilepsy and depression. So, we’ll see if it’s effective for stroke recovery once the trial produces its results. 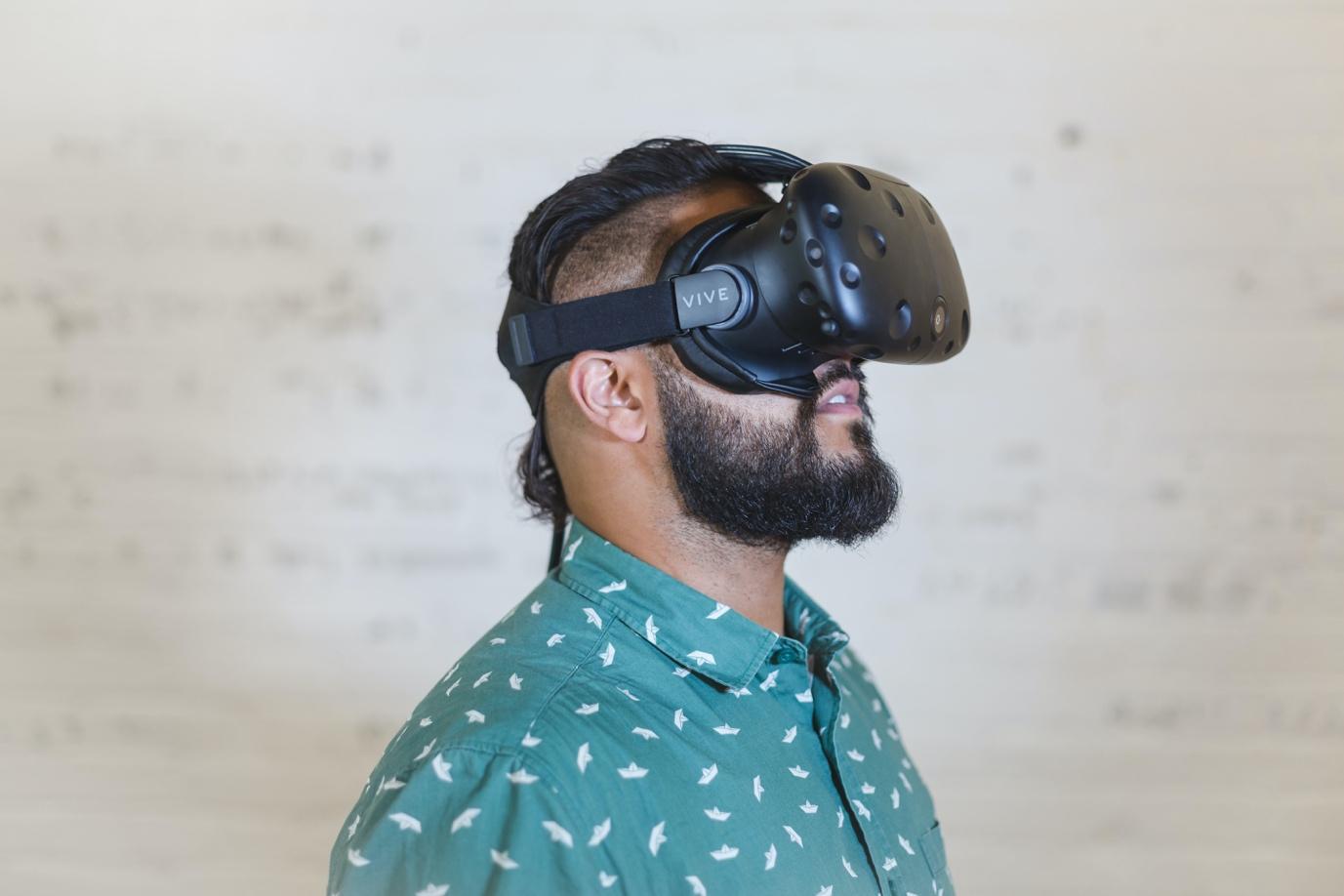 Perhaps one of the more exciting and innovative stroke recovery therapies is video gaming. The traditional low-tech stroke therapies can be repetitive and difficult, which makes it less likely a patient will actually do it once they’re at home.

A stroke recovery video game, called Bandit’s Shark Showdown, allows the player to control the movements of an animated dolphin. The player puts his arm in a robotic sling which synchronises their muscle movements with the dolphin’s leaps and dives. This works to stimulate their brain and body at the same time.

John Krakauer, a neurologist and co-creator of the game, said that every simple muscle movement requires an incredibly sophisticated set of computations. He continues that the game is designed to break down the “physical and mental distinction” to restore limb function.

One of the most commercially available stroke recovery therapies are robotics and robotic skeletons. These attach to the part of the body that needs its function restored.

The robotic devices include leg and arm supports that actually elevate and support the affected body part whilst reorganising the pathways between muscles, nerves, and healthy brain tissue.

These exoskeletons are also adjustable, which means therapists can adjust the devices to give the patient’s muscles the chance to resume more control. They also take some of the pressure off of care workers, who would usually have to move the limbs to help rehabilitate the patient.

Everyday voluntary movements are only possible because of the connection between our brain and body’s nerves. This connection is diminished after a stroke, which means the nerves can no longer send or receive the sensory stimulation to move.

Sensory electrical stimulation (SES) is said to enhance neural plasticity and activate brain areas, through a device that provides low level stimulation of the nerves. This stimulation increases the signals delivered to the brain, leading to improved function and cortical reorganisation.

All the technologies listed above are improving stroke recovery time and quality of recovery. However, these technologies are only scraping the surface of what modern technology can do.

There is a company called Neuralink which works with brain-machine interfaces. This new technology promises to fully restore sensory and motor function for most neurological disorders, including those suffered through stroke.

This process involves installing arrays of electrodes directly into the brain. Despite being in its infancy, it’s coming along quite rapidly, promising great leaps in the medical world. 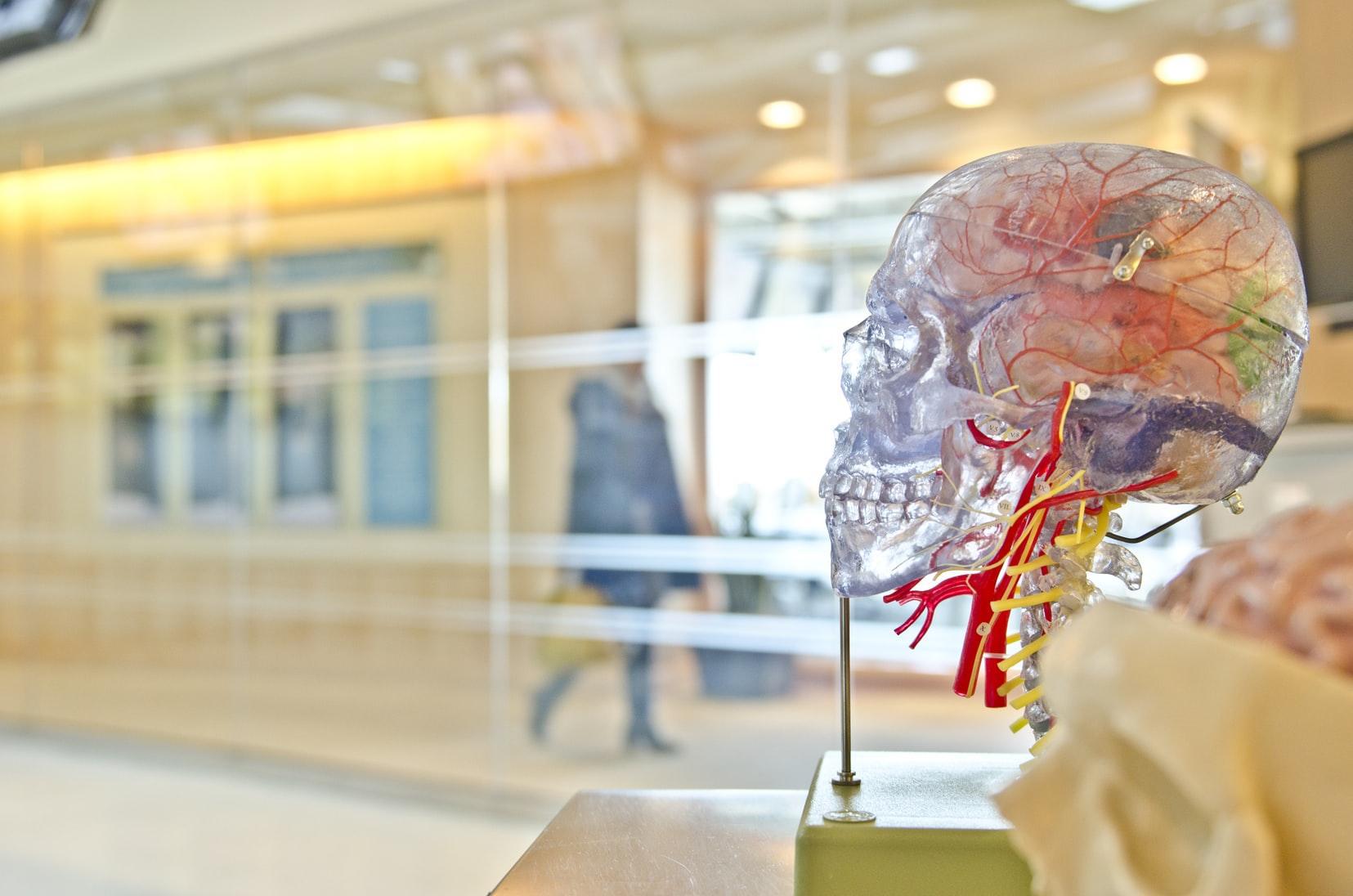 Where Will Technology Take Us Next?

Hopefully, this article has given you some insight into what strokes are, how people suffer after having one, and the great advancements in technology that reduce the suffering of its victims.

As scientific and technological advancements sweep the globe, the way we treat the human body will change just as rapidly. There aren’t many areas of science and technology where the clinical world doesn’t reap the first rewards. So hopefully, before long, we will eradicate the slow stroke recovery process we are currently stuck with.

Found this article thought-provoking? Feel free to leave a comment below if you liked it, and let us know what you thought. Or, if you have any further insight into how technology is improving the medical world, do leave your ideas down below!