Although a cure for cancer hasn’t been established yet, treatments are available to get rid of cancerous cells. But, how else is technology changing the picture?

Cancer is a terrifying prospect, with one in two people now suffering from this ferocious disease. This growing rate means that we might just have to rely on new technologies as our only hope.

A delayed cancer treatment is one of the biggest causes of deaths from cancer, as it exacerbates problems that are already there. What’s more, the harsh effects that current treatments have on the body can be debilitating. This is why scientists are using new technologies to create more effective solutions.

Here, we’ll be discussing these new technologies, but first, we’ll be delving into the current treatments and technologies used to cure cancer. So, for all this and more, read on… 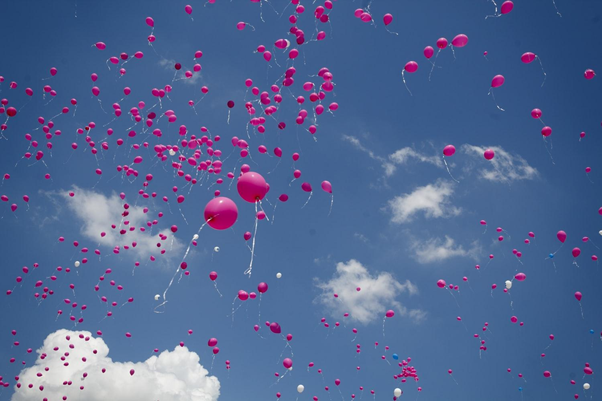 Although there is no definitive cure for cancer, there are plenty of treatments aimed at removing tumours and reducing symptoms. Here, you’ll find a definitive list of these treatments, alongside the types of patient care that go ahead.

Not all cancers can be cured or treated, but others may be completely removeable. Because of this range of cancer stages, there are three types of treatment a cancer patient may receive:

This is the first set of treatment that a cancer patient may face, and is aimed at completely eradicating the cancer cells. It’s usually achieved through surgery or, if your cancer might be more reactive to chemotherapy or radiotherapy, this will be the primary care of choice.

Once primary treatment has been accomplished, there may still be cancer cells remaining in the body. If left untouched, these may develop into further cancers later on down the line, so adjuvant treatment is aimed at removing these.

Neoadjuvant treatment may be used before the primary treatment, in some cases, which can help to make the primary cure more effective. Different types of therapies can be used for this, but either way, the aim is to get rid of the last remnants of cancer.

Cancer can be painful, and treatments like chemotherapy may cause further symptoms which make going about life uncomfortable. In these cases, palliative treatments are used to make these symptoms more manageable. This may be during the primary and adjuvant treatments, or afterwards.

Unfortunately, for some, these cancer treatments may be ineffective, and the cancer may be too far advanced to treat. In these cases, palliative treatments will also be utilised to ease the symptoms of the patient, and make their last moments more comfortable. 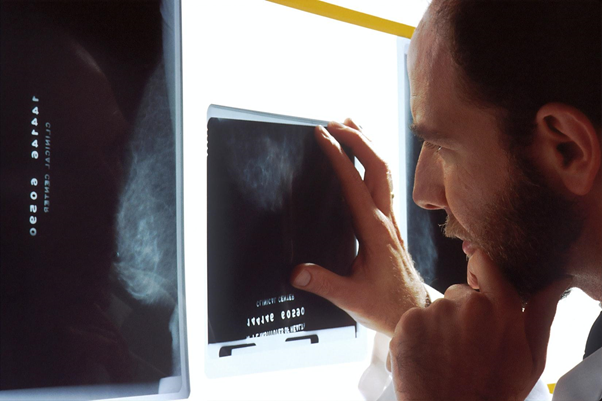 as we’ve seen, surgery is often the first port of call for any doctor looking to treat a cancer patient. This surgery will aim to remove any tumours or masses, to hopefully get rid of the cancer indefinitely.

this uses high-energy beams of radiation to kill off cancer cells, be it through protons or x-rays. The radiation can be used on both the inside of the body and the outside; brachytherapy or external beam radiation, respectively.

cancer cells aren’t recognised by the immune system as intruders. So, this method helps the body to recognise these cancer cells as dangerous, so it will work to attack them. This can be done either through stimulating the existing immune system, or creating substances which restore how your system works.

some cancers are fuelled by the hormones your body naturally produces, for example testosterone can cause prostate cancer. This type of therapy removes this exacerbator by lowering these hormones in the body, or stopping their effects.

a catheter is inserted to channel radiation to the cluster of cancer cells in a direct dosage.

bone marrow is the substance in the middle of your bones containing stem cells to create your blood. This can become weakened and aggravated during cancer treatment, so a transplant can use your own healthy stem cells, or those of a donor, to replace diseased marrow. It can also be used to strengthen your bones to withstand more chemotherapy.

these are drugs that slow down, or completely prevent, bone thinning from cancer, or the treatments of cancer.

certain cancers rely on their abnormalities to thrive, and this sort of therapy targets these abnormalities specifically, so it’ll be different for everyone.

this type of medicine helps doctors to assess each situation individually, understand their disease and how it works in their body, to forge a plan.

a cryoprobe – a thin structure which looks like a wand – is inserted into the tumour and blasted until it freezes. Once thawed, it’s repeated over and over again to try and kill the growth.

in an opposite turn of events, this similar treatment heats up the cancer cells using electrical energy from a probe, again and again.

this is a form of palliative care, used alongside your main medical treatment. This might be anything from acupuncture, to aromatherapy, to yoga.

laser beams can be used to burn away cancerous cells. This can either shrink tumours, relieve cancer symptoms, or even destroy areas of cells completely.

a drug is ingested, called a photosensitising agent or photosensitiser, which makes cells sensitive to light. Then, the cells are exposed to a particular type of light wavelength, depending on the drug used and where the cancer is in the body. This aims to weaken and eradicate the cells. 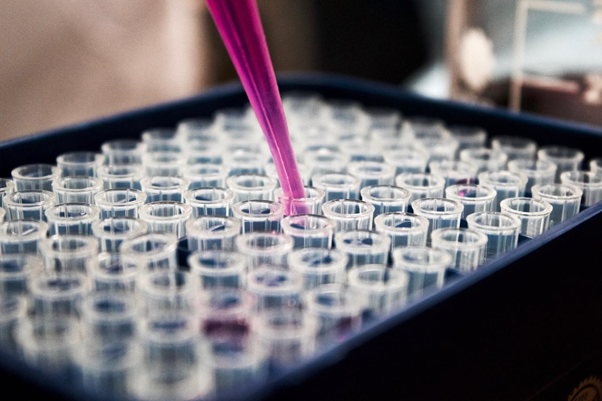 How Modern Technology is Changing the Picture

As we’ve seen, technology has come on leaps and bounds over the past decades to help improve the chances of survival for cancer patients. The array of technologies and bright minds available means this great number of potential treatment options have been made possible. But how has technology played its part over the years?

Linear accelerators were invented in 1952, and are the machines used to treat cancer through x-ray radiation. Once the cancer patient’s situation has been assessed, the oncologist will decide their treatment plan, including the radiation dosage and the number of treatments required. The progress on the tumour shrinkage will be assessed throughout, and the plan will be adjusted as required.

The way it works is the tumour is blasted with a beam of radiation, whilst other lasers surround the patient to stop them moving around. Some common uses of these machines include:

This is a type of linear accelerator radiation therapy, which directs high doses of radiation into the tumour through computer-controlled linear accelerators. This ensures it is controlled, which provides a strong dosage whilst minimising fallout on the rest of the bodily tissue. It’s best used for head and neck, nervous system, or prostate cancers; places where sensitive tissues surround the tumour.

This is a newer form of treatment which uses linear acceleration, and is much more precise. It uses technology to actually recognise the shape and size of the tumour within the body, which is really useful as it can change and move around based on normal bodily functions. Through this modern technology, the movement of the tumour can be detected, the tumour can be sourced, and it can be targeted with minimal impact on the rest of the body.

As we’ve seen, a tumour can often change shape, size, and position, but it’s important to know where it is so effective treatment can be administered. A wide-boar CT simulator does just this; creating a 3-D image of the tumour and the surrounding tissue, for this exact reason.

What Future Technologies do we Think May Provide a Cure for Cancer?

Now we know what technologies are currently working to cure cancer, and provide treatments for those suffering from its symptoms, what’s next? After all, cancer research isn’t stopping any time soon, so what technology can we expect in future? 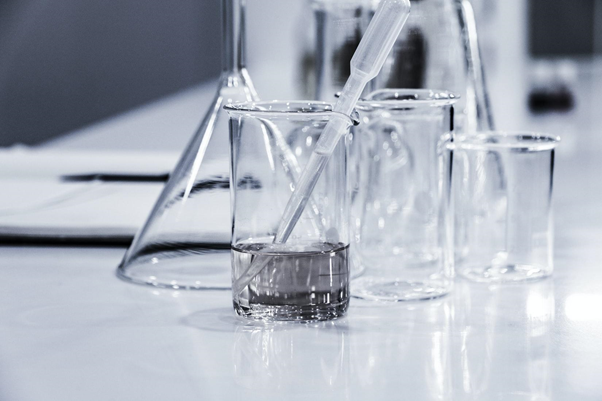 As I’m sure you know, genes are what make us human; they are coded messages which dictate to our cells how to make proteins. These proteins then dictate how our cells behave, making all our bodily functions work properly.

Cancer cells are different, though. They are caused by faults in these genes which produce a glitch in the system. This is how tumours form, as certain genes may encourage cells to multiply, stop multiplying, or stop repairing damage.

Something that scientists are currently working really hard on is gene therapy; using genetic tissue to prevent or cure a disease. By altering the makings of your body, they can stop these mutations from occurring. Although it’s not completely polished yet, and is only available in a research setting, it’s certainly on the cards for future years.

This is a cancer therapy not yet in use, but either uses localised or full-body heat administration. This intense heat can denature the proteins causing these cancer cells to form, killing the tumour cells. Either that, or the cells will become fragmented, and can be cleaned up later on.

Metallic nanoparticles can be injected into the tumour. Then, these nanoparticles are heated up using radio waves or magnetic fields, killing the cells surrounding them.

These treatments are great, because they’re non-invasive requiring no incisions, meaning the healing time afterwards should be much shorter.

This treatment is aimed at using intense sound waves to destroy cancerous cells, using no radiation to achieve a cure. This has been approved by the FDA, however, it’s still in the early stages, and requires more research before becoming commonplace.

Vaccinations to protect the body against, or fight off, cancer are also a potential avenue. This is a type of immunotherapy, which we’ve described above, and could work for those who aren’t responding to the usual treatments. It’d help to improve the body’s reaction to invasive cancer cells, helping it naturally ward them off.

Although doctors do amazing work to diagnose and treat cancer patients as best as they can, choosing a course of action based on each case can be tricky. AI would help doctors to make these decisions, assessing the patient reliably and quickly, and saving valuable time along the way.

The biggest problems with many cancer treatments at the moment are that they can harm other cells along the way. Instead, DNA cages to target medication to the cancerous cells might be the answer. In theory, cancer cells would trigger the DNA cage to open, impacting only the cells that require it.

Surgery can be invasive and dangerous, but new technology might come in handy to perform surgeries even more accurately. Robot extensions of the human arm mean that the surgeon’s skills are still put to use, but much more intricately. This can help with operating on tumours at earlier stages.

Monitoring how treatments, like chemotherapy, are working is vital to their effectiveness, and to assess the patient’s health meanwhile. Digestible sensors and microchips might be able to monitor the patient’s temperature and bodily functions whilst receiving care. Or, they may even be used to get real visuals on what’s happening inside the body for non-invasive procedures. 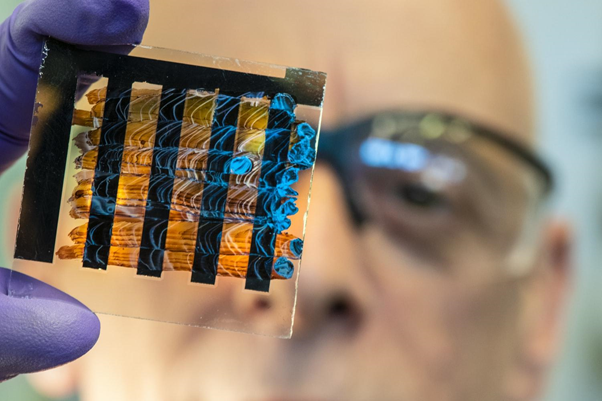 Looking To The Future…

As you can see, the ways in which modern technology is already changing the picture for cancer patients is astonishing. What’s predicted next is exciting, and potentially life-changing for many. There are certainly more new technologies where that came from, so don’t stop here and go do some more research, if you found this interesting!

How To Make The Most Of Your OTT Subscriptions.