The future is exciting, and digitaledge.org is no stranger to tomorrow. My thanks to them for featuring us on their page. When you’re done reading, why not learn a bit more about how Big Data is improving our lives with their article “Remarkable Scenarios Where Big Data Has Solved Our Real World Problems.”

While technology is changing, many problems still have not yet been solved. I’m not talking about creating world peace or solving world hunger either. For all the wonders we’ve been introduced to through smart technology, there have been just as many headaches. 2016 is shaping up to be another year where the rest of us do battle with internet criminals.

Increasingly threats are hitting home with ordinary people because, although large entities remain popular targets, the Internet of Things has grown, and thus so have the number of things that can fall victim to security breaches. It’s weird enough to think someone could hack your webcam and watch you, but how about losing control of your car mid trip?

Learn to identify the threats that are right around the corner and what you should be doing about them. 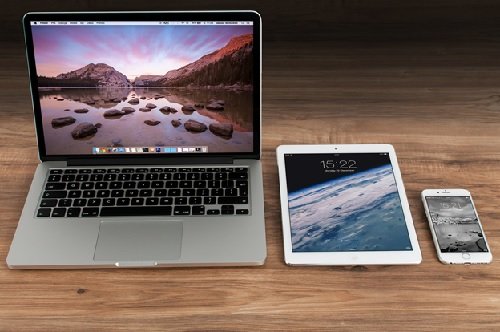 Hackers and You: The Malware Express to Identity Theft

While there are lots of threats to watch for, you’re probably most interested in those that are directly targeted at you. After all, those are the ones you can influence the most. Hackers and other e-criminals are usually interested in financial data, but other personal data can be valuable as well.

Safeguarding your internet connection is a good way to start by using a Virtual Private Network (VPN) to encrypt what you’re doing and make your devices anonymous. You can do this with most of your gadgets, from your PC to your smartphone to your PlayStation. That’s good news if you’re traveling abroad, because all those devices can use Netflix, but none of them can access it outside the US without using a remote server.

Traditional malware and hacks can also be mitigated by using an anti-virus program or app. Install a free one such as Avast to help remove and prevent future infections. Malware can do a lot of nasty things, from directly stealing your data to tricking you into submitting it directly (Scareware is a subset of malware that makes you believe you can pay to get rid of it; spoilers—you can’t).

Another more insidious way to fall victim to this kind of theft is through a similar avenue: phishing.

Account theft is growing just as fast as the number of accounts increases. Some of that theft occurs when a user, such as yourself, doesn’t provide an account with a secure password. Using a short, easy-to-guess password can result in an easily avoidable theft. Don’t be that guy. Make a strong password that integrates letters, symbols and a mix of upper and lowercase letters. Longer is better.

But even with a good username and password, there are still plenty of criminals who will be trying to convince you to surrender that information. Not through coercion, mind you; these guys will make you want to hand over the keys because you’ve won! Just enter your username and password, your Social Security number, date of birth, favorite color…

Phishing scams involve this kind of bait and switch tactic where the target is given a fake website or email that requests their personal information for some purpose. Maybe it’s to login to their account (on a website that looks strikingly similar to one you trust), or maybe there are some photos they’d like to share.

Avoid this scam by visiting websites by entering their address manually and always being cautious about emails you open. Remember that if someone else’s social media account or email gets hacked, you’ll likely receive a message from them trying to lure you into the same trap.

An issue you’re likely to hear about this year is the same as last year. More big companies are likely to come under attack by cybercriminals trying to harvest data en masse to sell off online. Customer accounts are rife with personal data that can be used to commit identity theft and fraud, so the large companies are a serious target.

Ideally you’d like to avoid having to go through the headache of a class action lawsuit, so be choosy about whom you do business with. When a big company gets hacked, it usually hits the news pretty quick, but not always. Ultimately you’ll need to be responsible for your accounts to ensure no unusual activity takes place.

Admittedly we’ve probably gone a little overboard with connecting things to the internet. While I’m not quite sure why you need to control your fridge online, one thing is for sure: now that it can go online, it can be hacked. This may be the first year where food spoiling while you’re away may actually be the result of cybercrime.

Security for these kinds of devices is tricky because it relies exclusively on the manufacturers providing you with up to date software that is resistant to security breaches. Some devices are much less of a problem; you’re probably not too worried about your lightbulbs getting hacked.

But your car may be a different matter. A study done by White Hats last year confirmed that it was possible to hack a Jeep Cherokee and assume control of the vehicle from anywhere. The problem has since been fixed, but it may be the first in a long line of major problems.

It could also lead to incidents of cyberterrorism. This leads us to the last place likely to come under siege online…

Online espionage is quickly becoming a national security threat. With the integration of smart devices into our infrastructure, hackers can do more than just steal identities. A real crisis is brewing if security isn’t handled right. It’s not likely to be something like the nuclear launch codes, but it may include things such as water and electric.

The government is also dealing with healthcare, and medical records have been the target of hacks in the past on multiple occasions. If you have health insurance, you may need to keep an eye out for someone else trying to cash in on your plan.

As far as government security goes, there’s not a lot you can really do. Write your congressman if you’d like, but much of their security will come down to trial and error as it tends to be on the cutting edge.

While there’s not much you can do to prepare for a complete takeover of the country’s electrical grid—aside from investing in solar panels—you can definitely do your part to protect your internet connection, your personal accounts, your company accounts and even your large appliances this year. Don’t throw the baby out with the bathwater; some technology can make 2016 an easier year than ever, but be cautious of which devices you connect to the internet. The Internet of Things shouldn’t become the Internet of Everything.

How to Maximize And Enhance The Efficiency Of Your Online Security

How A Quality Mattress Can Improve Your Mood