Surveying and mapping, typically, are big jobs that deal with large areas. So, for a long time it made perfect sense that the equipment required to complete aerial surveying and mapping was also massive – full-sized helicopters or airplanes and data processing computers and tools so big they looked like the equipment you would see Star Trek characters sitting at on the USS Enterprise.

Times, thank goodness, have changed. While many of the areas being surveyed and mapped are just as large as they ever were, the industry-leading equipment has shrunk down to much more manageable sizes, with drones leading the way for the next generation of surveying and mapping technology. 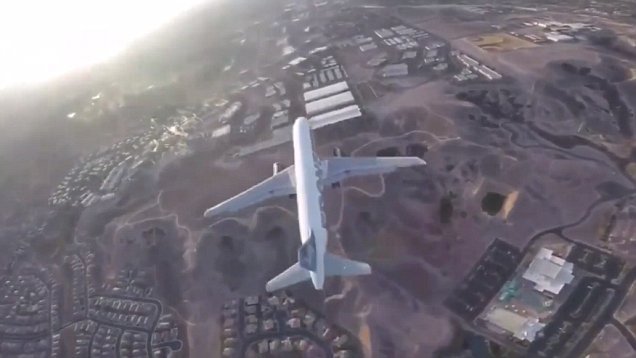 Out with the old

Manned aircraft have been mainstays in aerial surveying for about as long as the industry has existed. What has much evolved instead has been the data acquisition and processing methods, going from film cameras to GPS to computer-based scanned film photogrammetry to – hallelujah – direct digital acquisition and automated map-making software.

It makes sense then that if there was room for innovation in the aerial surveying industry, it was in the aerial vehicles used to capture data. Either owning or renting an aircraft is a major expense, as is fueling it and having a licensed pilot and access to an airfield. There are also significant delays associated with getting a plane into the air and risks associated with flight. Manned aircraft surveying also suffers from a high ground sample distance, resulting in lower detail of captured images thanks to the high altitudes of the flights. These drawbacks meant these massive surveying tools were ripe to be replaced by something more cost-effective, time-efficient and safer that produced maps and models with more precision and detail.

This is where drones for surveying come in. Smaller, cheaper, faster and capable of flying lower than manned aircraft while equipped with industry-leading payloads that capture high-resolution 3D images and other cutting-edge aerial surveying data, drones or unmanned aerial vehicles (UAVs) are ushering in the next generation of aerial surveying.

Industrial drones are already making significant in-roads in smaller aerial surveying jobs like stockpile evaluation and digital elevation modeling. These missions are made all the more efficient, affordable and precise by leading industrial drones built with end to end automation making them capable of flying pre-planned surveying missions without the cost, delay or potential for error associated with drone pilots.

Leading automated drones also function as surveying multitools, able to swap their own sensors to alternate between photogrammetry missions and LiDAR missions as required. LiDAR makes it possible for organizations to survey in any weather, at night, or through vegetation with what is widely considered the highest level of accuracy amongst current surveying technology. As LiDAR becomes more affordable, it will likely pair with drones to become industry-leading technology for both smaller as well as large-scale aerial surveying missions. This will be made possible by BVLOS or beyond visual line of sight flights becoming commonplace once drones are permitted to fly beyond where an operator can still see it.

BVLOS flights are currently permitted in special circumstances in the United States if a waiver is applied for and granted. Canada, Switzerland, South Africa and Denmark also allow BVLOS flights with prior approval, while Japan has stated they will allow these flights by the end of 2018, and Poland is considering adopting looser BLVOS regulations. Israel leads the way for drone innovation, allowing not just BVLOS flights but also granting automated drone maker Airobotics permission to fly fully-automated BVLOS flights – the first of any such certification in the world. It is the wide adoption of BVLOS flights that will lead to a true revolution in aerial surveying. This advancement will also play a significant role in drones achieving their projected $82 billion impact on the economy by the year 2025. 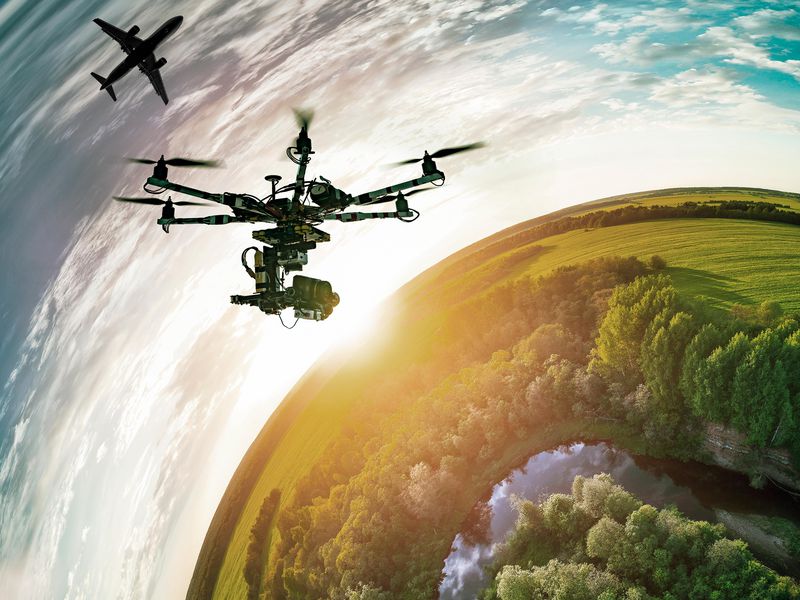 Cumbersome though they may be, manned aircraft have served the aerial surveying industry well for a long time, and though they will continue to be instrumental in capturing aerial data for a while yet to come, it seems to be time to start making way for sleeker, more efficient and more affordable technology that offers a higher degree of precision and detail. They may not offer the benefit of making surveying personnel feel like members of Starfleet, but drones are the future of aerial surveying, and the future is bright.