“Windows will always be the dominant platform in the enterprise market.”

How many times have you heard that statement, or something similar? While it’s true that Windows PCs have been more prevalent computers in business environments for several decades now, there is a profound shift taking place. These days, nearly half of U.S. companies are issuing Macs to their employees — even outside the traditionally Mac-dominated departments of marketing and creative services. While some have pointed to the release of Windows 10 as a solution to Microsoft’s shrinking market share, there is a growing sense that Macs may eventually outpace Windows in the enterprise market.

The majority of Mac computers, including MacBooks and iMacs, are still purchased for home use, but it’s worth exploring why so many businesses are shifting to Mac environments, at least partially. 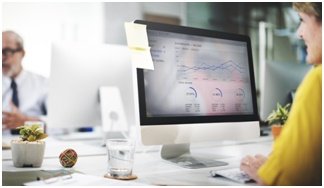 Reasons for the Shift

There are a number of reasons that Macs are gaining traction in the business environment.

There’s no denying that Macs are inherently more secure right out of the box than Windows machines. They are less susceptible to malware and with the installation of antivirus for Mac, virtually impervious to infection, and don’t generally need the endless cycle of updates and patches that Windows machines do.

On the surface, it may appear that Macs are significantly more expensive than PCs, but comparing enterprise level PCs to home PCs is comparing apples to oranges. The typical enterprise PC is in fact closer in price to a Mac, and when you consider the fact that it’s typically easier and more cost effective to manage Mac computers, the price difference becomes a wash. By some estimates, it costs businesses upwards of $3,000 per user to manage a Windows PC, while a Mac requires a fraction of that investment.

Further supporting the cost effectiveness of Macs is the fact that they tend to last significantly longer than PCs. The average PC laptop, with typical use, will need replacement in two to three years, whereas Macs have been known to remain functional for nearly a decade.

While the cloud has made backup and recovery less of a concern than it once was, Apple has made backups a native part of the OSX operating system, with Time Machine. Should something go wrong, a Mac user can easily replicate their machine on a new or wiped Mac in the fraction of the time it takes to restore a PC.

One major reason for Mac’s growth in the enterprise is employee demand. Employees appreciate the seamless integration between devices offered by Apple — for those using iPhones and iPads, using a Mac is the next logical step.

While Macs are gaining ground in the enterprise market, experts caution that businesses should not move from a PC to a Mac environment without addressing a few important points.

One major trend to consider is the dual platform environment. A growing number of businesses are opting to give employees a choice between Macs and PCs, because should something happen to one platform, the company can still operate with the other. 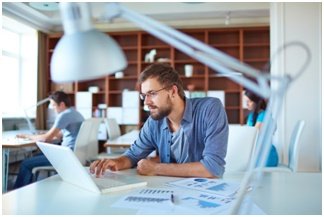 A prime example of this was during the Sony hack in 2014. When malware disabled all of the PCs and servers in the company, the only computers that still worked were the Macs. If nothing else, staff who travel a lot and log in to a variety of networks — as well as those who work from home — are generally given Macs due to their better resistance to phishing and other malware.

Compatibility considerations are also important. There are some business applications that, quite simply, do not work on OSX and require a Windows platform. Some apps, including QuickBooks, Excel, and most Oracle and SAP apps, have a Mac version, but lack some of the core functions that the Windows versions offer. Other apps work well across both platforms without issue. Determining whether a Mac is right for your business largely depends on the applications you use, then, and whether the Mac version will suit your needs.

The prevailing wisdom in the Mac vs. PC debate remains, then, “if it’s not broken, then don’t fix it.” In other words, if the platform you’re using works for you currently, there is no need to make a change for the sake of change. However, if you discover limitations or you’re in the market for new machines, choosing a Mac won’t mean that you are left adrift — a lot of other companies are going that way too.

Can Managed IT Replace In-House Teams?

How New Business Owners Can Keep Spending Under Control

Can Smartphones Put An End To Workplace Injuries?