You’ve probably heard of blockchain, that revolutionary method of decentralized record-keeping that’s touted to change the world by bringing honesty back into the sphere of things. Well, in case you’re wondering how on earth it could do that, you’d be interested to know that it has, in fact, already started doing it. Blockchain is slowly making its mark in a few industries, and believers are optimistic that if things work out as expected, our transformation would be complete by 2030.

This article will provide a glimpse into the three areas where blockchain starts rocking the foundations.

Marketing is an excellent test case because trust seems to have been lost between consumers and retailers, especially in determining where the merchandise came from and whether it’s safe. Blockchain is restoring that trust by offering transparency in documenting the entire process of production. How? 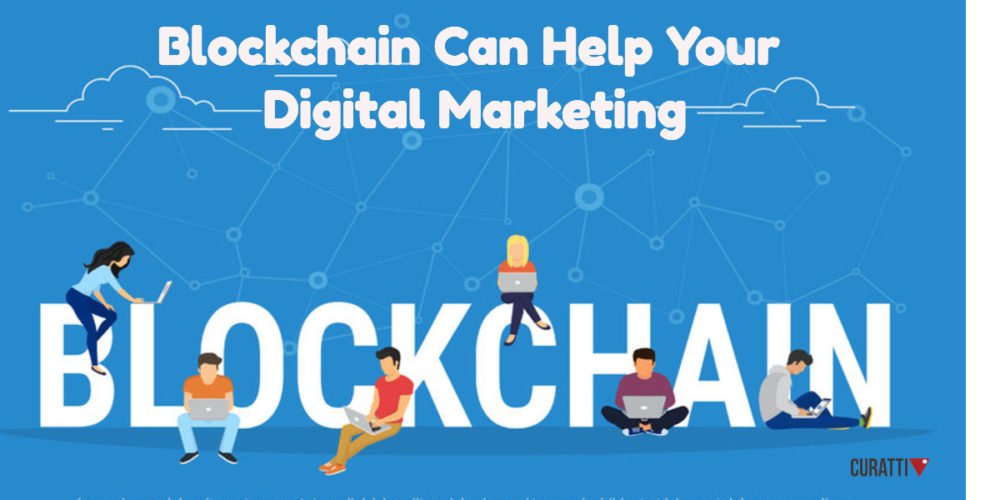 For one, consumers can trace every twist and turn of the supply chain by checking blockchain’s tamper-proof ledger. Want to know when the mushrooms in your dipping sauce were harvested? How many days did it take to cure the ham? No sweat. As long as you own a smartphone, blockchain can deliver unadulterated answers to such questions.

Blockchain in marketing promises to lower costs, too, because it can do away with middlemen, allowing buyers and sellers to interact directly. Plus the technology is able to bring consumers such perks as being paid for viewing ads or having a say on how the personal information they provide must be used.

The agricultural sector has been under a great deal of pressure as the planet struggles with climate change and its negative impact on the land and its productive capacity. Add to that the galloping rate of population levels and you’ve got a recipe for uncertainty. 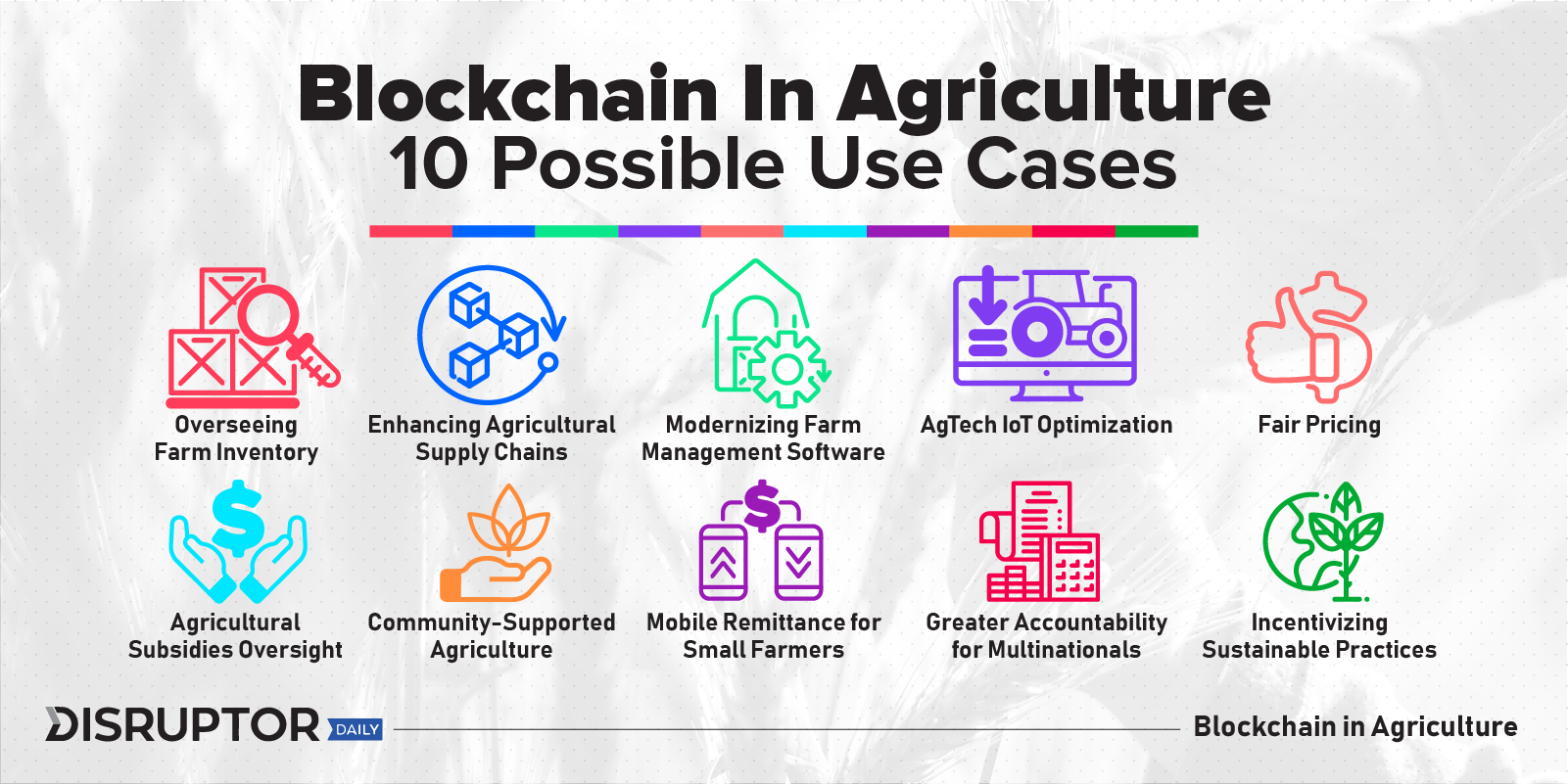 Blockchain aims to remedy that by eliminating food wastage and raising farmers’ income to keep them motivated. Thanks to its decentralized nature, blockchain can link food producers directly with consumers. As a result, harvests are sold quickly preventing spoilage, and middlemen are taken out of the equation lowering food prices.

Blockchain in agriculture is also bringing full transparency to the entire production cycle by documenting everything and keeping it open for verification by anyone. From how the food was planted or raised, what it’s been fed with, whether fertilizers were used, and so on, consumers can check everything from a ledger that’s tamper-proof. That takes away a lot of suspicions.

Blockchain also promises to bring true independence to the music industry by giving musicians control over their music and eliminating piracy. That would seem unlikely given the influence that record companies have and the ease with which music can be downloaded on the Web. But all that is about to change.

You see, with blockchain, music files will carry smart contracts that make the songs playable only when copyright conditions have been met. The technology allows musicians and other professionals who had a hand in the music’s production to trace its financial history, as well as it facilitates fair revenue sharing. 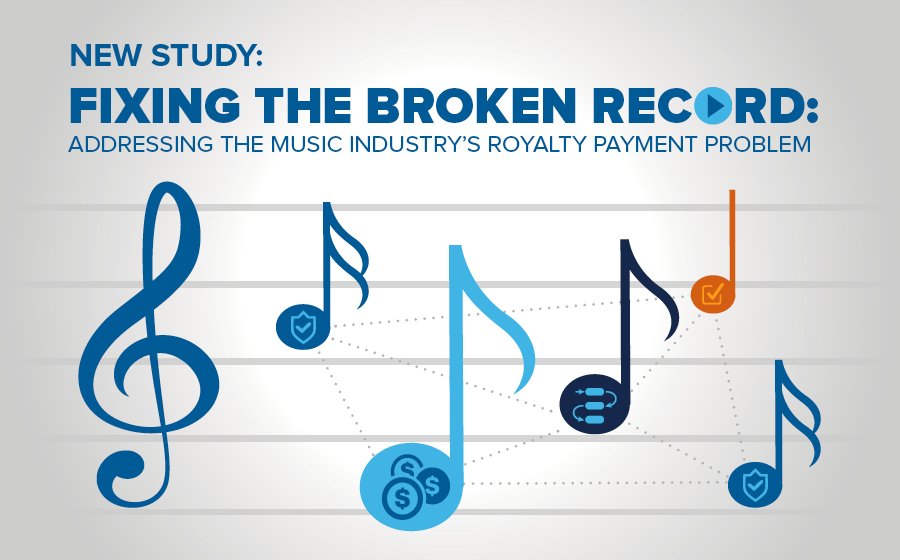 As for making sure that artists get their rightful dues, blockchain in music will see to it that payment details are embedded in the music so that television or radio stations that play the track are billed accordingly. How’s that for a selling point?

Critics are saying that blockchain and its related concepts are too complicated and will never get off the ground. Well, the initial support that this new technology is getting in marketing, music, and agriculture is proving otherwise and should certainly be welcomed. After all, the trust and transparency that blockchain brings might be just what the world needs.

Alexandre Francois is a serial entrepreneur and tech enthusiast who believes that knowledge about innovations and emerging technologies should be easily understandable and available to everyone. Walking the talking, he is also the publishing director of Techslang — a tech awareness resource where cybersecurity and IT is explained in plain English.