As a comprehensive containerized application builder, Kubernetes has risen through the ranks to establish itself as one of the must-have tools in a developer’s toolkit. With nearly 100,000 total commits to date in the Kubernetes Github repository and a system that’s able to maintain clusters with up to 5,000 nodes in any given environment, this is the perfect platform for those looking to create complex applications.

However, to a beginner in this system, Kubernetes often poses a steep learning curve. The first part of this learning process is moving through the differences between Kubernetes containers, nodes, and pods. These are the backbone of this ecosystem, with each being interconnected, by providing a different role in the wider scope of the platform. 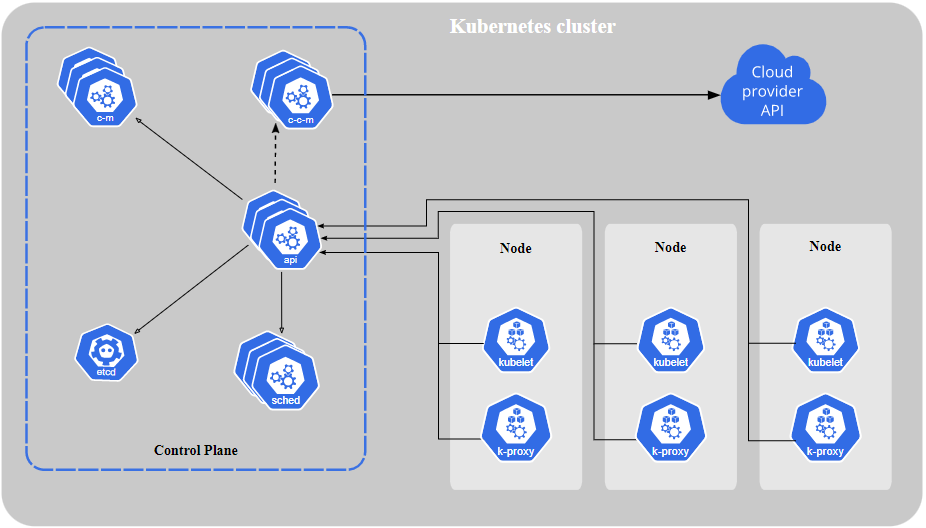 What are Kubernetes Nodes?

Within a Kubernetes ecosystem, there are three main terms that you’ll need to learn if you want to rapidly interact with this system and begin to build. These terms are:

Kubernetes nodes are often the most complicated of the three main types, as they contain everything else inside them. Containerized applications are stored within pods, which are in turn stored within a node. This node can then be activated via sublet or docker commands. Due to this, if you want to troubleshoot a pod and get more information about it, you will have to resort to the following commands:

Quite simply, a node is a collection of all the resources that pods need to run correctly, with nodes acting as the host of either one or man pods. How Many Kubernetes Nodes Should You Use In A Singular Cluster?

A core part of understanding how Kubernetes nodes work is to move through basic principles of how they are constructed, how they consume resources, and how they work within a general environment. In order to properly assess how many nodes you should use in a cluster, there are three main areas you should assess:

Depending on the current strain that’s placed on your system and how your system is managed, you should change the total amount of nodes that you give to each cluster.

As enterprises continue to shift to using public cloud services, the use of Kubernetes in modern business is only becoming more common. One of the main reasons for the popularity of this developer playground and ecosystem is because of the fantastic multi-level containerized structures.

With nodes at the forefront of this, giving power to specific containerized application features, developers have been able to construct intricate systems, with Kubernetes now becoming one of the de facto computer control panels for both on-premise and cloud-native applications. Over the coming years, with the movement to the cloud only further accelerating, we’re likely to see the use of Kubernetes nodes becoming even more popular, with these unique and powerful components allowing for rapid development.