There are plenty of mobile application development languages and frameworks, but Google’s Flutter can be regarded as the hot favorite on the list right now. We are seeing a lot of Flutter development agencies growing in the market now to meet the ever-changing development demands. As the usage of mobile apps has taken over the web world, there is a need to choose the best mobile development agency to meet your business requirements.

Flutter provides an open-source software development toolkit and user interface library to develop both the front end and backend of applications. Built on top of Dart programming language, Flutter supports cross-platform mobile application development. Furthermore, it supports component-based development so every piece of code can be reused in the app according to needs. 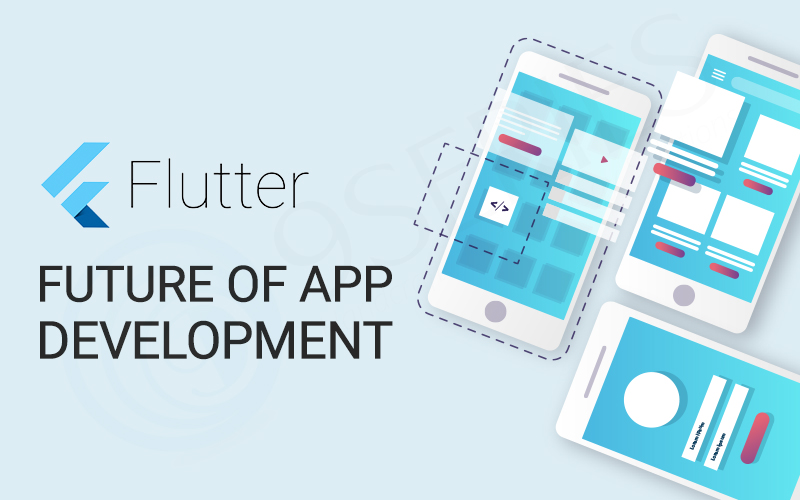 Unlike most of the other mobile application development frameworks, Flutter offers a hot-reload feature through which the user interface instantly refreshes on a change. This speeds up the development process and saves a lot of time and programming effort.

To build a great user interface, Flutter makes use of its widget library. These widgets can be customized as well as reused so it also acts as a time and effort-saving source. These practices are utilized by top-ranked Flutter agencies such as HotShots Labs.

Just like libraries, Flutter also provides plugins to support different themes, work with different codebases, integrate with serverless backends, and so on. This adds one other feature to consider Flutter for mobile app development.

Mobile application development requires some native features to achieve certain objectives. Although a lot of cross-platform programming languages lack this feature, native platform-dependent features can be availed with Flutter. With the integration of third-party APIs and services, Flutter provides full-fledged native support.

There are plenty of app development agencies and software companies working on the Flutter framework to produce mobile and web apps for clients. HotShots Labs in this regard offer robust, futuristic, feature-rich, and user-friendly applications.

Flutter development agencies can act as a bridge between clients and users to meet some sort of requirements or to solve some problems. Agencies not only communicate and carry out development tasks in an effective way, but they also care and cater things from the customer’s point of view. So, choosing the right agency for your app should be carefully considered.

Flutter comes with a set of features such as cross-platform support, rich user interface, cost-effectiveness, rapid application development, prototyping, efficient state management, and so on. When developing a Flutter app, the above-mentioned are a few things kept in mind by Flutter developers. Development agencies make sure that the app is responsive enough to work smoothly on different devices and platforms. Also, things like generic programming, prototype development for basic functioning, and component based development principles are followed. These sets of programming practices make Flutter the best choice.

Only a few programming languages support the Rapid Application Development (RAD) software engineering principle. This is because most languages require a lot of time and effort to set up, configure, and work. With Flutter, RAD principles can be achieved by agencies as it can act as an all-in-one development platform.

Apart from following the typical Flutter app development path, many Flutter development agencies provide feature-to-feature and maintenance contracts. In this path, the Flutter development team comes together to fix the originally developed app. Thus, thorough testing of features, bug-listing, and code improvements are made in this step.

There can be cases where a business wants to shift from a native to a cross-platform framework. Flutter is considered in these scenarios as well. Flutter can be used in migration scenarios to change from iOS, Kotlin, or Java to provide cross-platform support.

Finally, Flutter development agencies provide consulting and one-to-one sessions to discuss business cases, framework specifications, and best cases to use the language in. The main goal of the Flutter development team while providing consultancy is to answer all the questions by keeping in mind the best software engineering principles.

After talking to the client, the ultimate purpose of Flutter development agencies is to carefully perform requirement analysis and break down the user stories into technical tasks. This process kicks off the development process where the Flutter developers come into action.

Flutter development agencies initiate the project with the setup and configurations and then the tasks are accomplished one by one. As there is no need to create a new build for different platforms such as Android, iOS, web, etc. the development process is really fast. Flutter handles all of the complex building process itself and mirrors the native app development process by binding with the machine code. Also, it is free and open-source so any sort of customization can be achieved.

Once the app has been developed, it can be tested on several platforms to check responsiveness, front-end design, and functionality. This is really easy with emulators as the app is available to test everywhere.

Flutter is a rapidly-growing framework, paving its way by reaching new milestones day by day. Keeping this in mind, you may definitely need a Flutter development agency to help you get your solution to a problem in the form of an app. Get in touch with HotShots Labs if you want cutting-edge apps at affordable rates.