Over the last few years, it has been seen that P2P file sharing has become a huge global phenomenon. There are many internet users around the world who prefer by this method of file sharing over all other methods. Have you ever wondered how P2P sharing works? P2P stands for or Peer to peer, and P2P sharing a unique method of sending and receiving files from other computers. This way of sharing files is different from the traditional way in which the computer usually looks for files on the internet using a web browser. It is the internet that is often referred to as a client-server environment, where your computer is the client that sends requests to the server. P2P is different from this because it does not involve the use of a web browser. 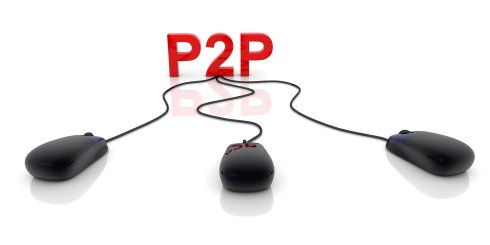 fact, the core idea of which the whole system of P2P rests is the concept of voluntary sharing. It is a mutually cooperative method where one can both give and receive. When one installs a P2P sharing software, it can access other computers that have the same software and can easily exchange files with that computer. People can share all kinds of files via this software. People do not have to upload anything onto the server at all. So, the P2P file sharing method completely bypasses the client-server configuration to provide and get easy and free access to all kinds of files. In this case, then, the computers are all equally capable to sending and receiving files, and are hence called peers.

Usually, when we try to access and download or upload files through a web server, speed and efficiency decreases with the increase in the number of people connected to the server. What makes P2P file sharing more appealing to people is that there is no such problem seen in peer to peer file sharing. Rather, the interesting aspect of the P2P file sharing system is that more the computers, the more efficient the sharing of files become. This aspect of P2P file sharing makes it extremely popular among users who like giving and receiving large files.

The P2P file sharing method has to be used carefully because it may make one’s computer susceptible to virus attacks. Like all other systems where one exchanges files, this system too can make one’s computer vulnerable. It is necessary to take the necessary precautions and make a judicious use of the system.

The P2P file sharing system has, in fact, revolutionized the field of file giving and receiving across the globe. It is considered by many as an extremely efficient and cost-effective way to sharing valuable information. Even the NASA scientists have used P2P in order to share with the world exiting satellite imagery. P2P file sharing has enormous potential in the field of education and research. Internet users around the globe have found the P2P file sharing method as a blessing and a viable solution for all their file transfer and sharing problems.