Banter is a classic way to get to know your work buddies, but when does banter become bullying? Discover how to know if you’re taking it too far, here…

There’s a fine line between banter and bullying, which can sometimes be crossed, especially in a working environment. So, with the boundaries so easily blurred, how can we work together to ensure everyone remains happy in the workplace?

If someone in your office takes banter too far, and it really does become bullying or discrimination, employment legal advice should be sought. That said, if you make sure to educate your colleagues and employees, avoiding any unnecessary upset could be the easier route.

To find out exactly what the difference between bullying and banter is, you came to the right place. Here, we’ll be discussing the definition of banter, what situations these sorts of jokes work in, and how to tell if someone isn’t on your wavelength. We’ll also be discussing the Equality Act 2010 in a bit more detail, so stay tuned… 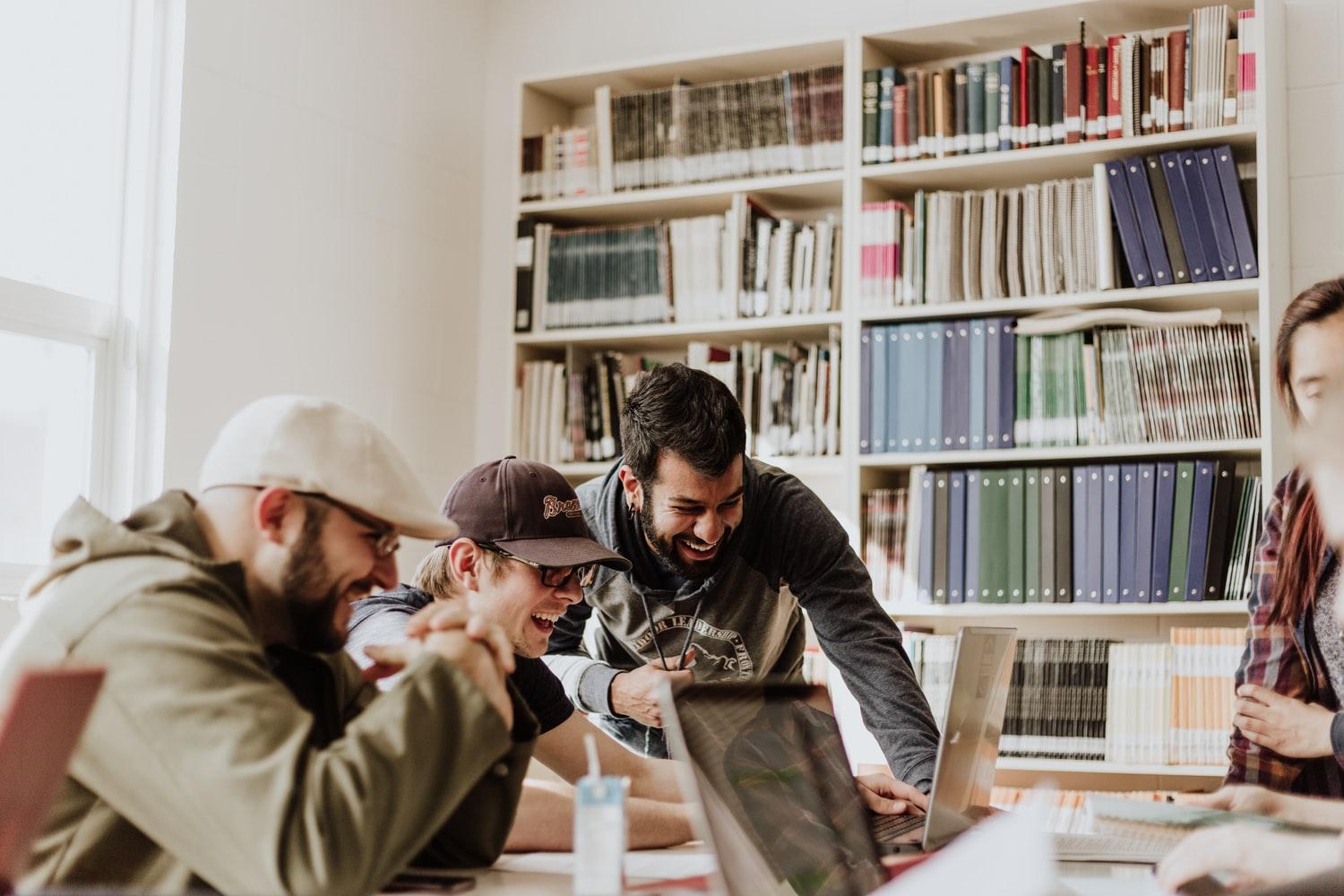 Banter can be better defined as teasing somebody through the use of words. When banter ensues, it’s usually with the best intentions, and tends to emerge between colleagues who have been working together for a long time.

In most successful cases of banter, it’ll be a back-and-forth jive between two people, with the goal of both individuals being amused along the way. Some classic examples of banter, which can help you to differentiate between what’s good and what’s not could include:

That said, banter can sometimes be pretty difficult to negotiate within the workplace. After all, it’s not like hanging out with your school or university friends, who may be used to your jokey ways.

Instead, there are different social cues to follow at work, which can help you to avoid discrimination. For example, if the “banter” gets to the stage where the jokes aren’t back-and-forth anymore, then this could be taking it too far. Also, if the joking turns into something rude and insulting, and the person feels ganged up on, it’s time to think again.

Banter In The World Of Zoom

With the current global situation we’re facing, most office workplaces have had to resort to sending all their employees home to work. With colleagues now enjoying morning meetings, pub quizzes, and group chats, it’s certainly a time of bonding and communication. That said, with this comes a whole new type of banter to navigate; that of virtual banter.

Bantering around on Zoom is very different to joking in the office. Body language is, absolutely, half the battle.

So, simply hearing someone’s voice, and only seeing their face and not their whole body, could mean that things get taken the wrong way. With all this in mind, it’s really important that you take heed of the social cues, and try not to take it too far… 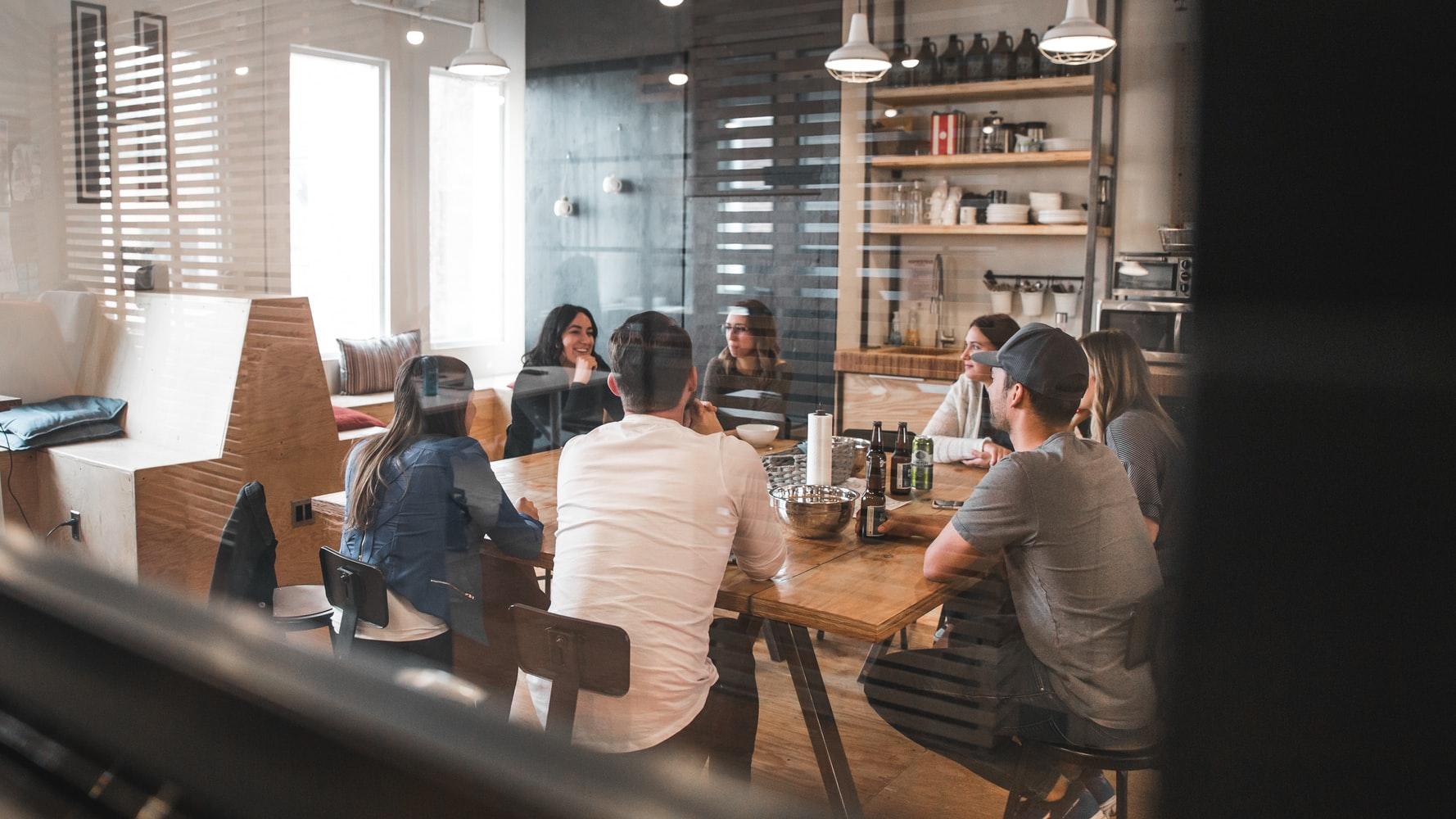 If you’re used to joking around with friends and family, it might not come so naturally to you to steer away from banter. With this in mind, it’s important you educate yourself to ensure you don’t offend anyone. Some clear indicators to think about before saying something which could upset a colleague include:

First and foremost, the topic is paramount. It’s unacceptable to tease someone based on their sexual orientation, appearance, religion, or race. Basically, anything that the recipient has no control over is out of bounds.

What’s more, any sensitive topics, like murder or rape should probably be steered away from. Especially now, with the #MeToo movement well underway, it’s very important that anything to do with inequality or sexual misconduct is avoided. If you wouldn’t want to hear it yourself, don’t mention it in the workplace.

It’s also important to judge your audience. After all, there are certain people out there who might not be so used to the giving and receiving of banter. So, it’s really important to steer clear from joking around with someone who is known to misunderstand or get offended easily.

It’s also important to judge that person’s situation; have they recently lost a loved one, for example? If so, they might be feeling a little more sensitive than usual, so it’s paramount to assess the person you’re with before ensuing with an onslaught of jokes.

Finally, the social situation is really important to gauge. If it’s just the two of you, or a small group of closer colleagues, it might be okay to joke around in this way.

That said, if it’s a larger group, it might feel humiliating to be joked with in certain ways. With a large group of you, it can become easy for a small joke between two people to merge into a group of people ganging up on one person. So, be sure to keep an eye on the tone of the situation. 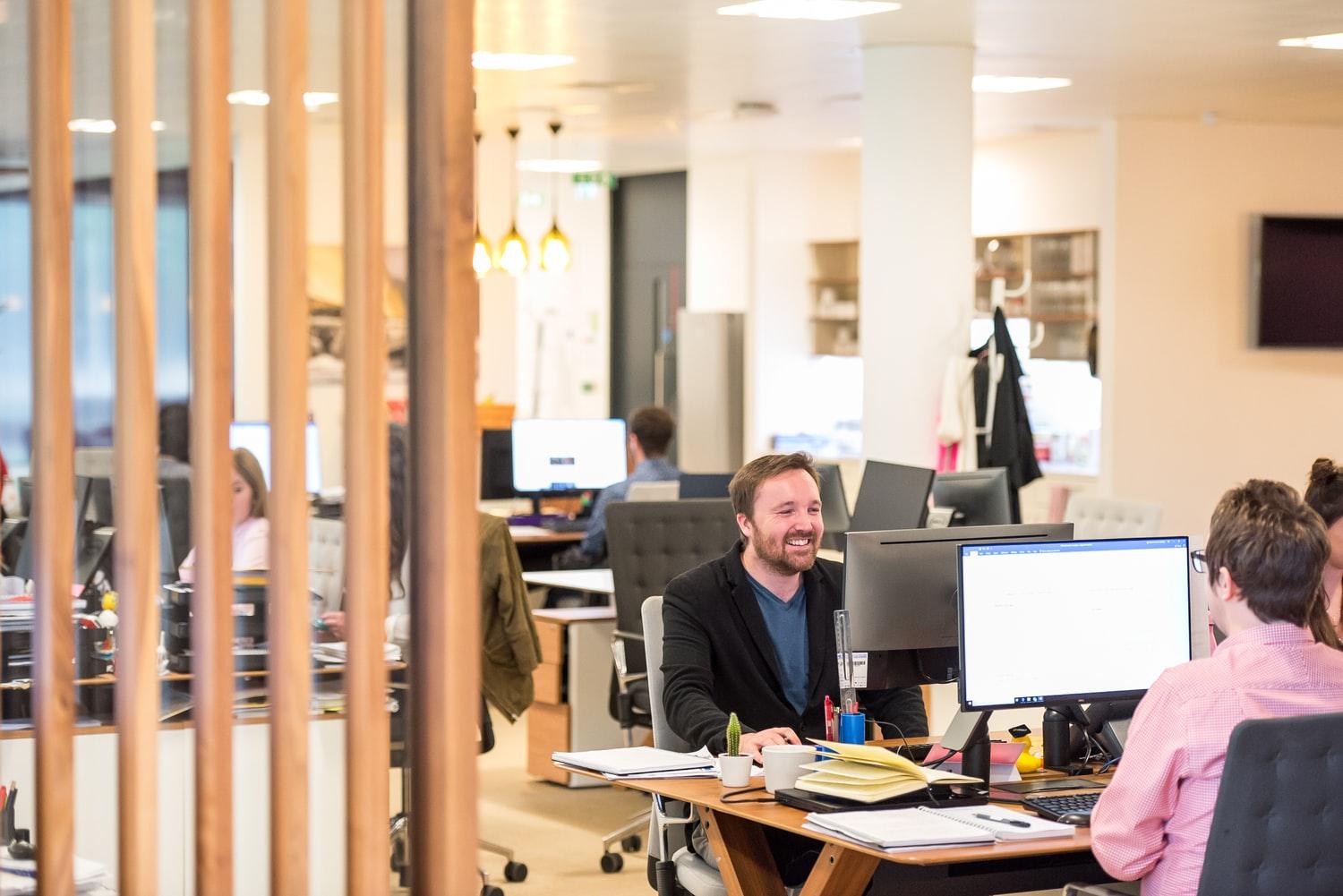 3 Signs You Might Have Taken The Banter Too Far

Taking part in banter is perfect in many social situations, and with a number of different people. That said, not every joke you make will be appropriate for the office, as we’ve seen above. So, if you come across these three signs, below, perhaps it’s time to rethink your jokes…

Have you ever experienced the excruciating silence that comes with saying something that nobody finds funny? If you’ve even been on the receiving end of this, you’ll know it can be truly embarrassing.

This can be one of the most awkward social situations out there. Be sure to take note of these social cues so you don’t repeat the same mistake again. If silence falls, it’s likely that the joke went a little too far.

On a similar vein, a shuffle of awkward laughter is also just as bad. If you’ve ever watched someone endure the awkward silence that follows their joke, you’ll understand the pain. To combat this, I’m sure you’ve been that person who fakes a laugh to avoid the humiliation.

So, if your joke meets a wall of reddening faces and laughs that don’t quite make it to their eyes, take note. You can only learn from your mistakes, and it’s likely that this joke fell on deaf ears.

3. The Recipient Starts To Call In Sick

The previous two points were the more immediate ways to tell if you’ve gone too far. That said, if you notice that the person who you’ve been “bantering” around with starts to call in sick a lot, perhaps you need to think twice.

Bullying is something that can really affect someone’s mental health. It can cause major anxiety, and stop people from going about their day-to-day lives as usual. So, be sure to check up on the person, and avoid approaching them in this way again in future.

How The Equality Act 2010 Can Protect You

The Equality Act 2010 is the finalised version of acts from the past century or so, which protects employees against discrimination in the workplace. The protected characteristics under this act include:

If you feel as though someone is discriminating against you, based on the characteristics above, you have the right to take legal action. Banter can be fun, to an extent. When it starts to become personal, and you feel harassed based on your characteristics, something must be done. 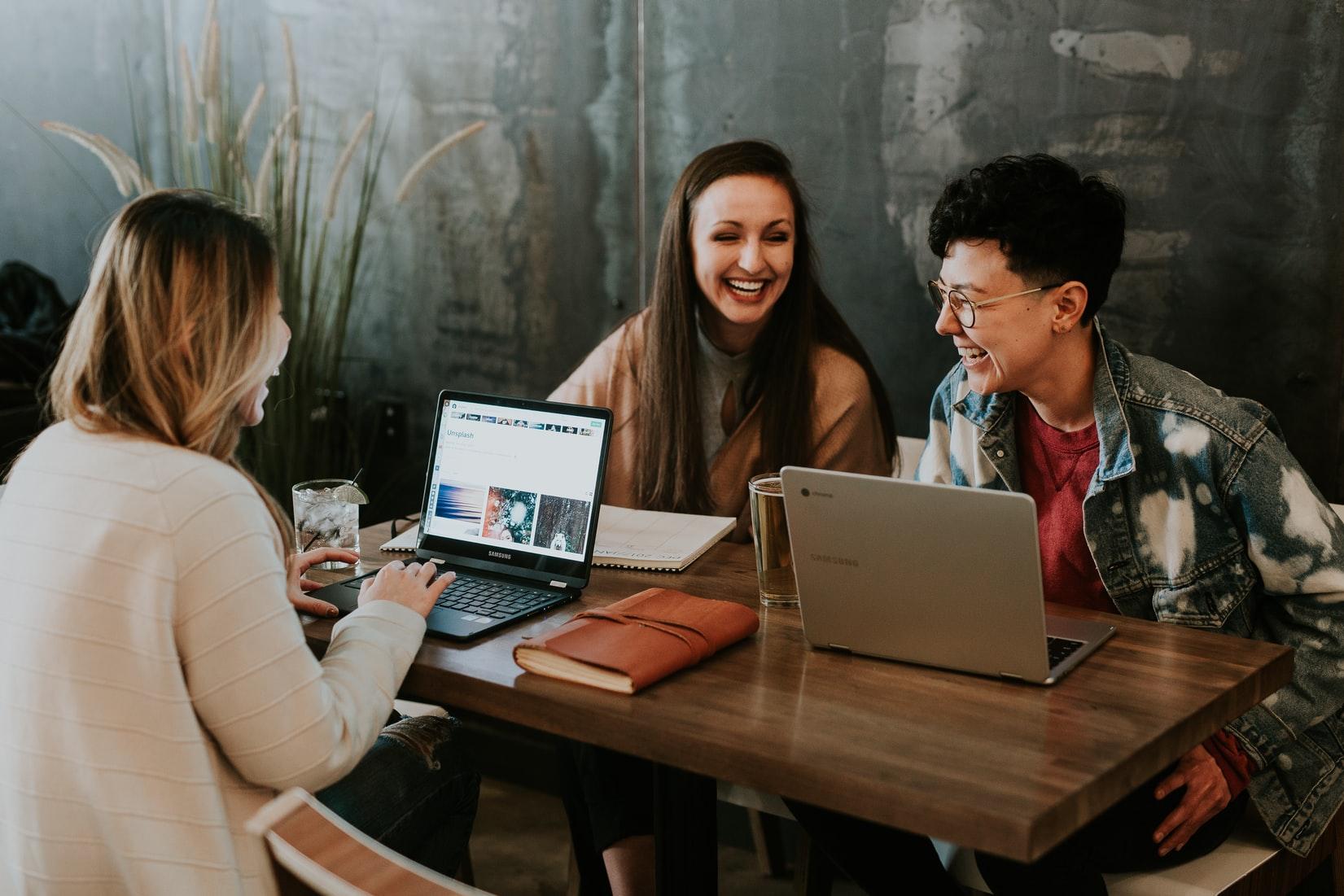 Let’s Keep It Light-hearted, Shall We?

It’s no lie that getting the balance between banter and bullying right is a tough nut to crack. That said, by educating yourself and following these tips, you should be able to navigate it a little smoother. Now, when we finally all go back to the office to begin our “new normal”, perhaps we’ll avoid any unwanted upsets.

Feeling ready to tackle the world of banter in the office, now you’ve read up on it here? Well, if you have any tips to add, or stories to tell, we’d love to hear your thoughts in the comments below. Get involved!