Tens of millions of social media users view his advice and technological savvy monthly, but for top inventor Jovan Hutton Pulitzer it is not about fans, likes or views it is about “Fixing the American election system once and for all.”

The world has been watching the battle royal going on in the United States between the combatants of political parties, ethnic groups and liberal versus conservative factions.  Just like the online games or ultra-fighting contests the rules are the fight is fought until only one fighter remains standing.  Pulitzer is doing all he can to assure the one fighter standing is the American voter.

Only About American Voters Not Political Parties

“America is in the midst of a huge constitutional and voter confidence crisis” states Pulitzer, “In a nation of 333 million people in total, the 2020 election turnout was estimated to be 165 million voting age individuals. That was a record setting turn out, but now over 65% of those who voted feel the American election system is corrupted or at the very least broken in some form” “With over 107 million voting Americans feeling there is something wrong with America’s voting systems there is a significant chance that 50% of that population will never vote in an election again for a decade or more, if not ever again! That would be a crisis the American way of life would never recover from!”

My Vote Does Not Count, So Why Bother?

Reading comments online it is easy to see Americans feel voting systems have failed them.  One part of America is happy with their party winning at all costs, even if legally challenged. Another part of America is most likely never going to vote again and the other remaining part left over is angry and horrified at the same time, begging for a solution to this national crisis. This is where Pulitzer comes in. “I can fix this problem” asserts Pulitzer.  “One of the issues people have now is a complete fear of voting machines. They do not trust them. Combine this with they do not trust the media since the media is continually telling them no voting irregularities happened, but at the same time they see countless videos and affidavits online depicting a totally different story.” “The American public’s trust is shot!”

Censoring is Compounding the Problem

Countless hours went into preparing and researching for this story and one thing became noticeably clear and ironic to me. Twitter, Facebook, and other social media began blocking, deleting, or censoring individuals’ stories online of their personal stories of possible issues as election monitors and/or observers.  What was possibly a knee-jerk reaction by social media companies trying not let tempers flare online, now looks like it has backfired.  All the censoring, deleting of content and banning of accounts (which seem to be only conservative in views), the social media companies have inadvertently proven the case in many Americans minds that there were huge issues and irregularities with the United States 2020 General Election.

“At the moment American voters are disenfranchised and waiting for the United States Supreme Court to decide if they will rule on the various election fraud or voter fraud cases. The problem is many are confused why the Supreme Court of the United States would not hear the initial cases. This makes for huge public distrust of the American voting system and its legal system. This is a double whammy of a crisis.” Jovan, as he now asks me to call him, proceeds to explain to me how America and all the various boards of supervisors and election officials are on the edge of spoiling their political careers in the future by possibly participating in what is legally called spoliation.  This term was as new to me as it may be to you too. Spoliation of evidence is the intentional, reckless, or negligent withholding, hiding, altering, fabricating, or destroying of evidence relevant to a legal proceeding. 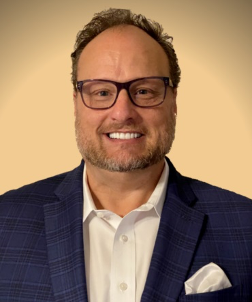 Pulitzer ponders the consequences of the actions by legislators in numerous states such as Arizona. “When you take into consideration the lawsuits and motions to compel the Board of Supervisors of the Election in Arizona, but the Board is not complying repeatedly to the order – then comes in to play the legal term of spoliation. This means the very claim of voter or election irregularities now become accepted as a legal fact due to the Board of Supervisors refusing to comply with turning over all the evidence needed to investigate the act or claim of election fraud” Jovan emphasizes, “You can only pull the wool over the public’s eyes for so long and soon their eyes are open to just how bad this problem is.  They now see the elected officials doing everything they can to do to not allow the public fears to be calmed. This is making voters very unhappy and causes a deep-soul-searing-wound upon the American spirit. This continual refusal to comply cannot turn out well for those elected officials when all is said and done.  Ignoring the public, you serve is career ending for a politician, however now the legal consequences are far less for refusing to turn over evidence or even destroying evidence than being found guilty of election fraud.”

Jovan explains to me there is only one way to heal American voters and fix Americas’ election problem. “This issue will not go away with time like other scandals.  This one will fester and become a problem which can get out of control.  If we want America to heal and come back together, we must end the festering wound and do only the things which will heal the wound for America” “Americans are demanding transparency and that must begin with allowing for a complete head-to-toe audit of the physical ballots cast, the voting machines, the tally machines and all the various electronic devices used in the process; not to mention the voting eligibility databases and records.  The total transparency of the 2020 election is what will stop the festering of this great American wound and keep it from turning gangrene.  However, the only way to truly heal this great American wound is to go immediately to the next step. The next step is delivering to American voters a completely safe, transparent and instantly auditable way to vote in the future”

Jovan walks me through his innovation for the next new American voting system. “America will only accept voting systems with no loopholes, no wiggle room and absolute and instant auditable accountability” Jovan believes he has created the solution which can be deployed fast and in time for 2022 mid-term elections. “To solve this problem, I have developed novel intellectual property (patents) whereby the new voting system has deep encoded paper ballots which cannot be illegally duplicated or copied, combined with a brand-new simple machine which will not only tally the vote as it is cast, but perform a 20-point multi-point check of the ballot. A key part of this is verify the individual casting the vote can legally vote and that every step in the process is 100% election law compliant” Jovan continues “There will never be such thing as a counterfeit ballot ever again. There will be no possibility of batch running fake ballots or counting ballots multiple times or even allowing pre-printed or foreign printed counterfeit ballots to be used.  Ballot adjudication will become not necessary for any reason and all the loopholes and ways to trick voting machines will no longer exist.  To end it all off, the system is 100% non-hackable in any way.  Those days are over.  Americans can have confidence in voting and their votes being counting as they intended, once again!” 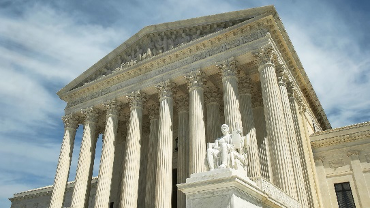 If the fact Jovan’s phone rings nonstop and his email comes in a rate which looks like his Twitter feed taking off is any indication of Jovan’s abilities to make this happen, then Jovan is on to something huge.  It makes sense that American voters need their confidence in the voting system regained and it makes sense that going back exclusively to a fully secure paper ballot is quite possibly the only thing American voters will trust.  Americans will be watching closely the Supreme Court’s upcoming session, which may decide to place on the SCOTUS docket, election related cases for 3rd quarter 2021.  Many expect to see Jovan Hutton Pulitzer testifying before the United States Supreme Court. The presentation should be both educational and enlightening and I for one, will be watching and paying close attention.