Broadband and Wi-Fi have allowed users much more ease and convenience when it comes to high-speed internet. Wi-Fi is a wireless connection that allows your phone or laptop to be connected to the internet. Broadband is a term used for an internet connection that is delivered by the modem or router by receiving or sending data in the house. Over the past years, the smartphone has dominated the world massively, to the point where most people are using Wi-Fi mainly to access the internet. Wi-Fi is the most common mode of internet users globally and is much easier to connect. You just have to enter the credentials and voila, you are connected to the internet.

So quite often the question arises, is wireless broadband and Wi-Fi the same thing, then the answer is probably a no. There is a difference. Wi-Fi denotes the wireless method to connect to the internet that allows your smartphone to be connected to the router while wireless broadband is a type of 4G router in the home. Using the 4G router signals, you can send or receive data through the cell towers.

Genuine offers like Xfinity bundles, for instance, bring a lot to the table for the prices you pay. You get to enjoy multiple services under the convenience of one bill. Bundle offers can be a really good choice for those who are seeking good cable TV entertainment and/or home phone services along with high-speed internet.

Anyways without any further ado, let us look into the difference between Wi-Fi and broadband. 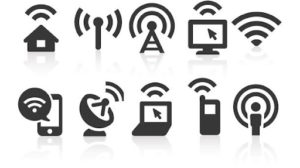 The word broadband is usually used for denoting high-speed internet connectivity. It provides a way for people to access the internet. Wi-Fi on the other hand is offering a wireless medium to carry data to the internet-enabled devices by using radio waves for connectivity. Usually, the term Wi-Fi is used for accessing home broadband internet without needing the physical cables. Broadband can either be wired or wireless but Wi-Fi is always wireless.

Mainly there are four main types of internet connections used for accessing internet services. DSL, satellite, cable, or fiber optic internet services. DSL is the least preferable wired internet transmission whereas cable is the more popular internet type among users. Cable internet makes use of coaxial cables while fiber optic internet technology is the fastest and most reliable form of internet. Satellite internet makes use of communication satellites for transmitting data. Wi-Fi connectivity is a part of the Wi-Fi Alliance that consists of a wireless connection.

Wi-Fi is not a separate internet type but is a technology that uses the internet connection, identifies users, and lets them enjoy wireless connectivity through Wi-Fi.

Wi-Fi range differs from device to device. A wireless router can typically have a range of 50 meters. Broadband can have varying ranges depending on the technologies and their range of frequencies.

Broadband is one of the most popular and commonly used mediums of the internet as it ensures higher internet speeds and better reliability. Wi-Fi is the best form of wireless internet but it requires actual internet types to work.

What is meant by wireless broadband? 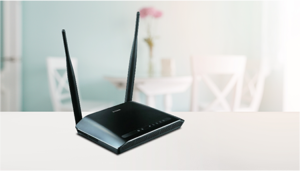 When it comes to wireless broadband, it is a type of internet connection that operates on a wireless 4G router placed in the house. By making use of 4G signals, it can send and receive signals through the cell towers in close vicinity.

What is meant by Secure Wi-Fi and Public Wi-Fi? 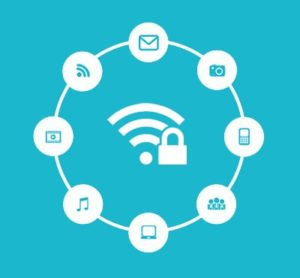 Another important to consider when discussing Wi-Fi is the cyber security risks involved. While using a home internet network, usually the routers have complicated passwords and there is not much to worry about. It is secured but when it comes to public Wi-Fi, there are risks involved. It is very important to use anti-virus software and VPN when accessing public hotspots. At times, hackers can even fool users with fake public Wi-Fi access points. So to avoid falling prey to any malicious activity, you must use a VPN to keep sniffers away from intruding on your data.