Blockchain, Bitcoin, Cryptocurrency… these words have been spreading all over the internet like a wildfire. We’ve all heard of them, but not all of us really understand what they are exactly.

Most people have a fair, yet understandable misconception that Bitcoin is Blockchain and Blockchain has everything to do with cryptocurrency, exclusively. Let’s take a few minutes now to disregard this misinformation and understand the true potential of this amazing technology.

To start this off and understand why you should learn Blockchain, we’ll look at a brief history of Blockchain that will lay the foundation to understanding how this technology is going to change the world in the coming decade. 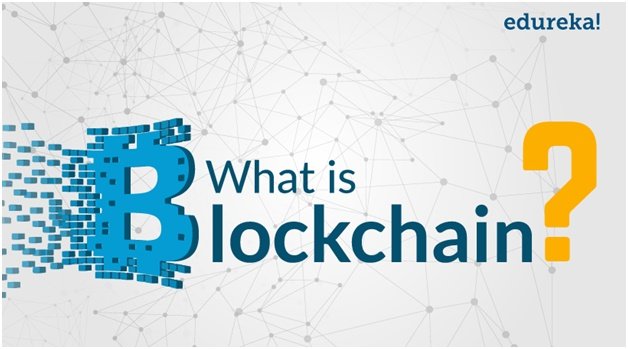 Although the term ‘Blockchain’ is fairly new, the applications of this technology can be traced back to the early 1990s. Here’s a brief stroll through some notable milestones in the history of this budding technology:

The first iteration of a working, cryptographically secured chain of blocks was visualized and implemented by Stuart Haber and W. Scott Stornetta. This system used Merkle tree to increase efficiency and capacity.

b-money, proposed by Wei Dai, a cryptocurrency that has many similarities to modern-day Bitcoin.

The first working concept of “reusable proofs of work” developed by Hal Finney by combining the pros of b-money with computationally difficult Hashcash puzzles.

Interestingly, Finney was an early Bitcoin user, and this can be confirmed by the fact that he received the first bitcoin transaction from the platform’s creator Satoshi Nakamoto.

Bitcoin was first developed by Satoshi Nakamoto, an unknown individual or group, and took the Internet by storm. What was first perceived as an economic experiment became a massive revolution which increased the value of the network from a few thousands to well over $300 billion in the peak of cryptocurrency run of 2017

This is the time that shot up the popularity of Blockchain bringing in a lot of R&D into the approach. Technologically sound professionals may know that this decade resulted in the development of several other platforms including Ethereum, Hyperledger, HydraChain, Quorum, Stellar, and MultiChain to name a few.

Seeing as most of the history of this technology contains traces of cryptocurrency, it is quite evident why Bitcoin has become so synonymous to Blockchain for most people.

But as the title of this blog suggests, there’s more to Blockchain than meets the eye.

“A Blockchain is a continuously growing list of records, called blocks, which are linked and secured using cryptography.”

Surprising that it doesn’t mention Bitcoin or cryptocurrency in any way, right?

Let’s now look at a few lesser known applications of Blockchain that make it such a revolutionary technology and understand why it is more than what conventional media and the Internet are making it seem.

To understand better, let’s start with the traditional approach for contracting here. Two parties agree to certain terms, and before the contract is closed, an intermediary ensures that both sides have followed all the terms and conditions.

Easy, simple and what we are used to, right? Where is the catch?

Using Blockchain for this has several advantages. It not only removes involvement of any unwanted third parties, but also ensures that all the participants are thorough with the contract details. Adding to this, Blockchain also sees to it that all the contractual terms are automatically implemented once the specified conditions are met. 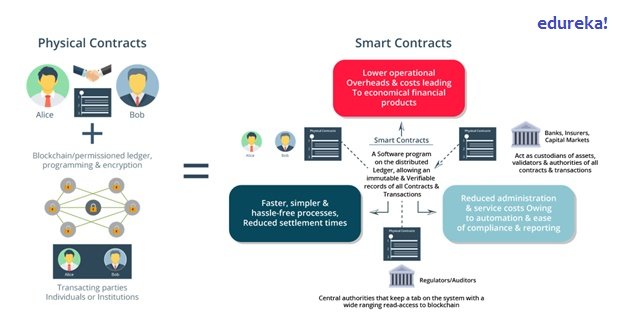 Smart contracts use an if-this-then-that (IFTTT) code which gives them the ability to execute themselves. This means that the system can be completely automated without any need of human intervention. Also, any unwanted changes cannot be brought into the contract or the terms agreed upon, by a third party.

Smart contracting, although has hit the mainstream market recently, the technology was first theorized by Nick Szabo, who coined the term in 1994. The main aim of this approach is to provide a secure system which can be run and maintained at a fraction of the cost of a traditional contract. These contracts are trackable and irreversible, at the same time they protect the identity of the two parties initiating the transaction.

These smart contracts can be used in several different applications of their own including financial services, healthcare derivatives, distribution of music and government transactions.

Protecting/Proving Your Identity the Blockchain Way

All the electronics we use daily have become smart with the advent of the 21st century. “Smart” essentially means that these appliances collect user data and then use this to make it a pleasure using them.

While all that is well and good, most of this data is sent back to a cloud, maintained by the manufacturer. This means that the manufacturer of the device knows you more than most people in your life.

This collected data can potentially be sold to advertisers and marketing professionals who can sell you their ads and more products.

The biggest concern here arises when this data reaches the wrong hands.

Blockchain can be used in this approach to block these kinds of unwanted circumstances. All this data can be encrypted and be revealed only when necessary or to relevant people you interact with. This can also be used for personal identification, birth and death certificates and can even be applied to passports.

The first digital passport using this technology was launched on Github in 2014. This system could help owners identify themselves online as well as offline. It basically allows users to take a picture of themselves and stamp it with a public and private key, which is basic cryptography. Both these keys are encoded to prove that the document is legitimate. 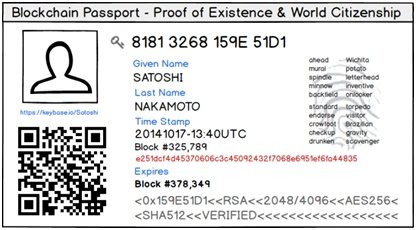 The passport itself is stored on the ledger, just like any other distributed system, given an address with a public IP, and verified and confirmed by the network users.

Most of us are familiar with the term IoT or Internet of Things. And frankly speaking, most of the devices we use nowadays are smart devices, as we saw earlier. Looking at it from outside the globe, there are billions of devices that are interlinked with each other and interact on a timely basis.This system, for now, is mostly centralized where the device manufacturers have almost uncanny control over the data collected, and the way these devices interact.

There are several disadvantages to this approach. Two of the major ones are:

The other issue is on how to organize and analyze this massive amount of data.

Using Blockchain’s distributed ledger system we can make sure that confidential information is only accepted and released to trusted parties. Moreover, the data is distributed across several different machines which allows anyone on the network to verify its accuracy and also have a backup of everything.

Evolution of Connectivity between Smart Devices

Blockchain is changing the way we interact with networks around us daily. This approach will not only make for a more secure and reliable system, but as it is a decentralized arrangement, there won’t be any way in which groups/individuals which have an affinity towards certain sectors can influence mass actions.

Now that we briefly understand a few of the several different fields in which Blockchain can be applied, hopefully, we all can respect the fact that there is more to this new-age technology than just cryptocurrency and Bitcoin.

If that was enough for you to start your journey down the career lane in this technology, why not learn Blockchain this year?