Entrepreneurs know a thing or two about taking risks. After all, risk and entrepreneurship are practically synonymous, finding themselves side-by-side in most articles on the subject. You have to put yourself on the line, as well as your finances, your emotions and even your family.

The payoff is the fact that you get to be master of your own destiny, forging your own deals and running an organisation the way that you want to run it. But in order to be a successful entrepreneur, you have to accept the risks that come with it.

Here are some of the risks that you’ll face on a daily, monthly and yearly basis.

You Risk Your Personal Time And Your Health 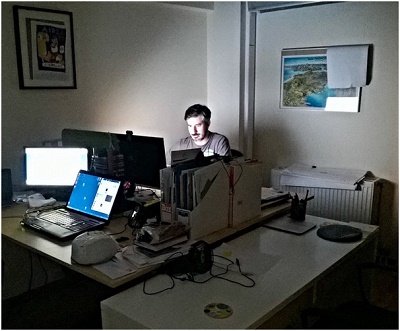 A lot of people start off down the road of entrepreneurship because they want to have more personal time. They think that if they are their own boss, they’ll get to manage their own time in the way that they want and they’ll end up with more free time during the week and at weekends.

Unfortunately, this happy state of affairs rarely comes to pass. In fact, the very opposite tends to happen. Entrepreneurs work longer hours than the average worker, clocking roughly 55 hours per week, and worse still, they experience higher levels of stress. If you decide to take the plunge, there’s a good chance you’ll have sleepless nights and spend lots of time worrying about where your next contract will come from and whether the person you just employed is actually as good as they say they are.

You’ll Always Be On A Strict Deadline

Another popular reason why entrepreneurs leave the job market to start up their own enterprises is so that they can get away from the “rat race.” And while that is possible in time, the first couple of years at a startup can be more rat race than ever. Startups have to meet strict deadlines because their investors are keen to see that their money is being put to good use. The result of this is that entrepreneurs have to work around the clock in order to achieve deadlines so that they can release the next tranche of money. Deadlines actually become more important, rather than less, when you run your own business, and if they’re missed, financing can be cut, and the business can fail. 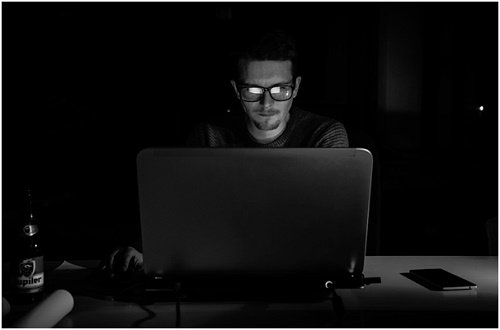 You’re Responsible For The Safety Of Others

If you own a business, you’re responsible for whether somebody gets hurt at work and it’s your job to make sure that they don’t. Some industries are more dangerous than others, like construction, mining and manufacturing. But even if you run a software startup, there’s a chance that people could get injured because of poor health and safety standards. Employers who don’t meet their obligations in this area open themselves up to the possibility of litigation and being shut down. It a good idea, therefore, to make close links with a health and safety consultancy, just in case you run into trouble.

You Rely On A Key Employee Who Lets You Down

Entrepreneurs don’t just take financial risks, they also take risks when it comes to their personnel. Most startups are reliant on just a handful of people which means that if one person abandons ship, the entire enterprise could potentially be in jeopardy.

It’s worth remembering that in the beginning you’ll be working tirelessly with the people around you and you’ll place a lot of trust in them not to leave half way through starting up.

Key employees are crucial to the success of a business. In many startups, there’s often only one developer who really understands how exactly the product works, and they’re essential for product development. There are dozens of examples of software businesses going bust all because a principal developer jumped ship and joined another organisation. If you want to be successful, you’ll have to have absolute faith in the people who are critical to making a project succeed.

Inexperienced entrepreneurs think that their financial troubles end the moment they secure a line of credit. But this isn’t how things work in the real world. Just having regular credit isn’t sufficient to deal with all problems, including short-term cash flow issues. Often entrepreneurs find that their businesses are profitable from one year to the next, but that they struggle at certain points when their outgoing payments exceed their incoming revenues. Entrepreneurs, therefore, spend a lot of time worrying about whether they have enough cash in the bank to pay their workers and keep their suppliers happy.

How To Start Your Own Small Digital Marketing Agency

5 Things Businesses Should Look For When Choosing A Courier Company

The Purpose and Benefits of Free Antivirus Software