This decade has seen a massive revolution in Big Data, fueling the growth of Big Data tools, techniques and platforms. On a daily basis, data is continually mined from all aspects of our lives; our usage of credit cards, banking applications, e-commerce, televisions and computers is helping to analyze trends and identify opportunities. Information gleaned from Big Data promises to change the world as we know it…. with all kinds of amazing applications being created in the public realm. Organizations are investing in developing skills of the work force by offering them Hadoop training. 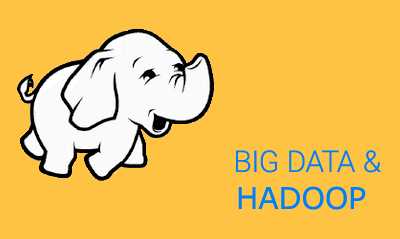 In a much publicizing example, retail giant Target created a furore by creating an algorithm to detect the pregnancy of a teenage customer even before her father did! (The father was hopping mad indeed, but later apologized!)  By tracking historical buying data, they figured out that those women who were on the baby registry at the store bought unscented lotions and stocked up on calcium and zinc supplements during their first trimester.  The pattern further showed that around their delivery dates, they started buying washcloths and extra-large bags of cotton balls. A completely logical find, and very profitable for Target- whose sales rocketed after these women were sent coupons for baby clothes and cribs at the appropriate time!

Other common uses of Big Data in the retail industry include purchase suggestions that prompt an online customer to pick up an extra item at the check-out counter, based on their past history. Companies that use predictive analysis have been seen to consistently achieve sales that are over 70% higher than those that don’t.

Groupon – labelled by Forbes as ‘the fastest growing company ever’ uses information that they mine from customers and vendors to smoothen out daily transactions and push sales. The industry is abuzz with the legend of how Groupon refused Google’s offer of $6 billion, when they were just a two year old start up. The inside story has it that they declined the offer as they were so sure they could leverage the power of Big Data to expand their growth. They did increase their value tenfold, which was many times more than Google’s offer….a bold decision that paid off handsomely!

There are all kinds of applications outside the retail and e-commerce sectors as well. In New York, police resources are allocated to those areas where it is predicted that crimes will occur, and at the times when they are expected to happen. Law enforcement agencies increasingly face shortages in police personnel but are still required to deal with an increasing number of crimes. Big Data helps them to figure out that bars and convenience stores in certain areas are often a rendezvous point for certain types of criminals. Today across the US, skilled crime analysts help to create long-term planning strategies that support law enforcement. IBM has partnered with law enforcement agencies to provide Big Data solutions that offer a comprehensive view of data across city systems, people and services.

Weather bureaus use analytics to warn people of tornadoes, earthquakes and floods. Climate change is causing havoc in the world’s cities, and intelligent harnessing of weather data can help to address concerns of public safety that are caused due to dangerous weather conditions. IBM’s Big Data solutions have facilitated targeted weather forecasting in principal locales in the US, helping people to stay safe and businesses to plan for operational problems during severe weather episodes. In Japan, bullet trains were safely terminated during the earthquake and tsunami in 2011- based on Big Data services that accurately foretold the catastrophe.

But perhaps some of the most critical applications of Big Data in the real world would come from the healthcare industry. Especially in economically poorer countries, sharing data can prevent people from dying every day. Healthcare expenses can be cut down dramatically by studying patterns of illnesses in the demography of a nation, and setting in place preventive measures that reduce the incidence of diseases. Using tools that study large datasets, professors have identified genes that determine traits such as lactose intolerance or a predisposition to develop a particular type of cancer. High-profile Hollywood actress Angelina Jolie went public about her radical decision to undergo a double mastectomy to prevent the family susceptibility to breast cancer; knowledge of which was made possible only due to intelligent data analytics.

By creating a deeper understanding of the world around us, Big Data is today opening up smarter options that would never before have been deemed possible. It is being used to make informed real-time decisions that can enhance life and create exciting new opportunities in the future. Big Data scientists who are able to parse and make sense out of this vast information are, in a sense, poised to change the world!

About Author: Usha Sunil is a qualified architect who dabbles in interiors. Writing started out as a hobby and soon took over her life. She keeps an interested eye on new trends in technology, and is currently on a mission to find out what makes the world go around.