In just over half a century, lasers went from being theoretical waves to vital tools in nearly all industries. Today, lasers assist professionals in a vast array of tasks, from collecting and communicating data to material processing. Within the past decade, the latter category of laser tools has seen outstanding improvements, drastically expanding the application of laser processing machines while lowering costs and improving quality. Still, laser manufacturers are finding new and exciting ways to enhance their machines, and the future promises even greater laser tools.

When laser processing tools were first developed, they were often described as, “a solution looking for a problem.” Because the technology was so new, manufacturers were uncertain how to apply it profitably. Slowly but surely, dozens of industries adopted laser material processing, but in the beginning, lasers were only about as efficient as existing manual tools. 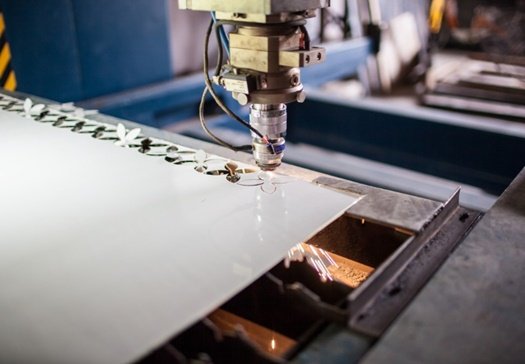 In truth, the first laser cutters were capable of only a fraction of the power and speed of modern lasers. For one reason, most systems lacked advanced optics, which enhance precision; for another, they relied on gas. The machines necessary to produce the high-powered beams of light were large, complicated, and unendingly expensive: Not only did they draw immense amounts of power and require constant supplies of gas, but they also demanded continual maintenance as parts quickly broke down and needed replacement.

Still, the laser market remains divided between the three types that have existed through laser history: liquid, gas, and solid-state. CO2 lasers remain popular largely because solid-state lasers are so novel. Some laser experts believe the only enhancements in laser technology, especially in regard to speed, will emerge from solid-state lasers, but existing CO2 laser manufacturers are beginning to prove them wrong. Specifically, ULS innovations are allowing those reliant on CO2 lasers to have some of the fastest processing times around.

Different laser processor manufacturers rely on different systems to enhance speed, but even in the 21st century, it could require several minutes to complete even a small laser cutting project. Fortunately, Universal Laser Systems has successfully developed a system that reduces laser processing, sometimes by more than 50 percent. 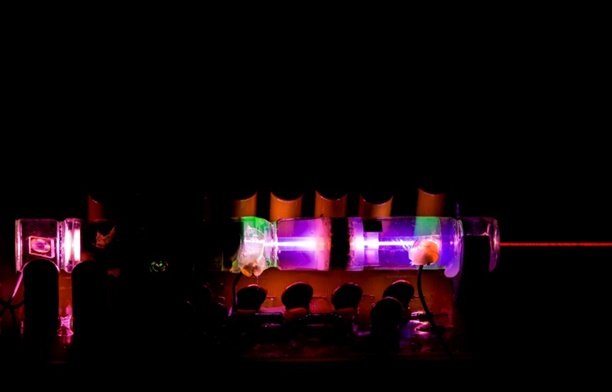 SuperSpeed is relatively simple in operation. Rather than relying on a single polarized laser beam, ULS employs two lasers: one S-polarized and one P-polarized. Then, a thin film polarizer is placed in the beam path, allowing the P beam to pass through unhindered while reflecting the S beam. Then, focusing optics allow these beams to hit slightly different locations in the processing field. As a result, the laser can process twice as much area in the same amount of time as a single-beamed laser. Without SuperSpeed technology, the only way to produce a similar effect on throughput is to use multiple systems at once.

Increasing laser cutting speed isn’t a matter of moving the laser faster or increasing power. Such methods might decrease time spent under the laser, but it will decrease quality of product, accordingly. Unlike high-speed laser processing, which typically produces low-quality, blurred and burned effects, SuperSpeed can maintain the quality of low-speed pulses while enhancing speed. Plus, SuperSpeed tends to be more flexible than other high-speed systems, allowing users to adjust different resolutions and set the thickness of either beam.

Now that laser processing technology is well-accepted, those reliant on laser tools can look forward to significant progress within the field. Undoubtedly, ULS will continue to focus on improving laser processing without compromising end quality.