Online classes with pre-recorded videos for instruction have been popular for years. Despite its convenience, that model has become limited and outdated. It’s widely accepted that these pre-recorded systems fail to provide the same benefits as a live instructor since they deprive the students of the one-to-one interaction vital for understanding and growth.

Today, the convenience of remote instruction is being recreated and taken to a whole new level. Universities are starting to offer live streams of classes, in real time, accessible to students enrolled in the course. One of those universities is Rutgers.

This sophisticated technology, referred to as “telepresence,” does more than record a video from a pixelated, static webcam. Students can see the instructor and the board in detail – perhaps even better than if they were present in the room –and instructors can see their remote students. This setup requires high speeds made possible by today’s broadband technology. 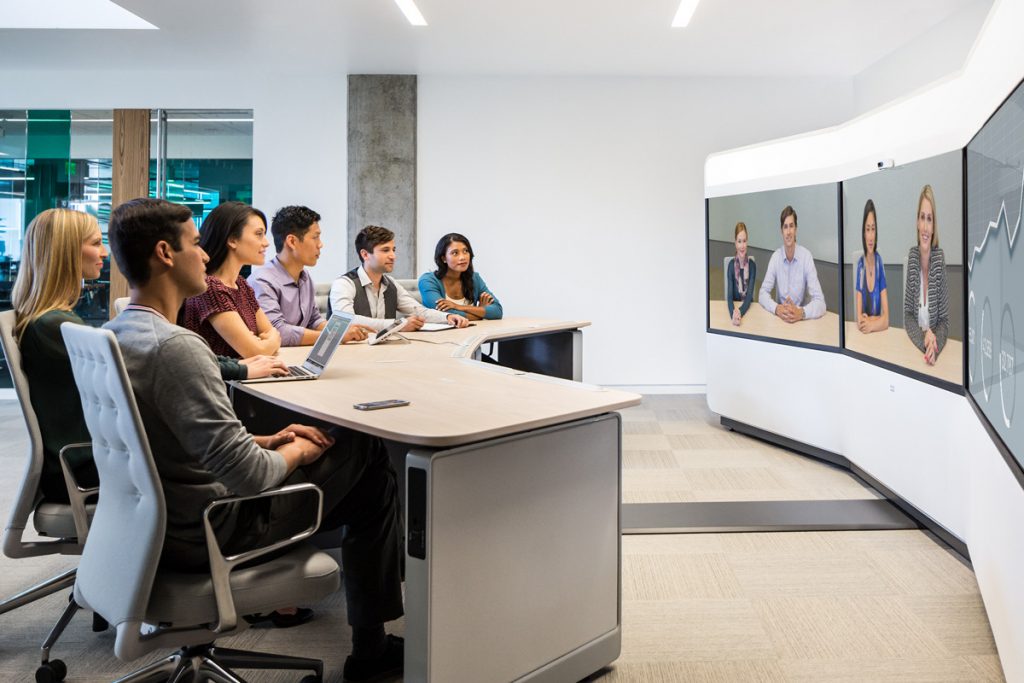 Rutgers is setting the example for what’s possible

Rutgers University in New Jersey has four campus locations, and the majority of students have classes on two or more of these campuses each day. The school’s transportation system provides a way for students to get to these classes, but it’s an inconvenience to students, the buses, and traffic. This situation also severely limits the ability for students to freely choose their courses, since they need to account for travel time.

IVCI created an immersive telepresence solution with three large projector screens in the front and back of each hall. In the back of the hall, remote students are projected on the left and right screens, while the professor is projected on the middle screen. The front screens project the professor as well as other important aspects of the lesson. 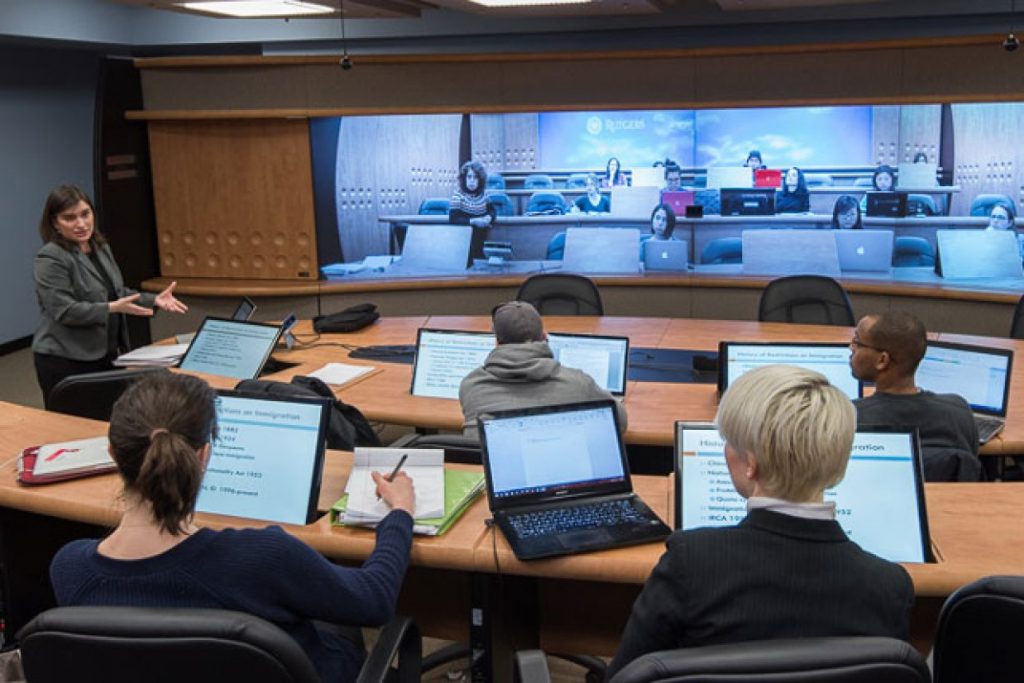 Students no longer need to travel to another campus for certain classes; they can remain where they are and join the class via telepresence.

Rutgers took on a $3M upgrade project to prepare their halls for the installation of the equipment. In each hall, a new cement floor had to be poured to correct the slope, and ceilings had to be rebuilt to accommodate 32 microphones, 12 ceiling-mounted speakers, six projection screens, and seven laser projectors.

It’s not about doubling class sizes

Although this technology seems like it would be perfect to double or triple class sizes without an impact on the school’s infrastructure, that’s not what Rutgers is doing.

Paul Hammond, associate vice chancellor for Technology and Instruction, told IVCI, “We decided to move ideas instead of people, but these synchronous classes won’t eliminate professors or double the class sizes. The intent is to provide students with the convenience of taking a class at another campus without the need to travel.”

Rutgers put in quite a bit of work – and millions of dollars – to make it easier for students to attend their classes, but it’s about more than convenience.

Why go to all the trouble in the first place?

At first glance, it might seem like all of this was done just to save students from having to commute between campuses. The truth is a bit deeper.

The emergence of telepresence technology in universities actually helps students learn better. Anyone who has been in school knows students perform better when they’re not under stress. Having to commute between campuses multiple times per day is an enormous source of stress for many. When students do better academically, the school gets better ratings and more funding. It’s a win-win for all involved.

Although Rutgers University didn’t install this technology to grow their class size or make classes convenient for remote students, the potential for other universities to do so is there.

We may be looking at an academic telepresence revolution

If you look at what’s happening with the “remote worker revolution,” you’ll see that remote workers feel more productive and valued by their bosses. The freedom to work from home has eliminated much of the stress caused by having to get up early and commute to work. The same holds true for allowing students to learn remotely.

A world where both the workforce and students are able to telecommute could lead to more productivity all around. Most importantly, a stress-free learning environment for students is conducive to achieving higher states of genius, creativity, and problem-solving abilities.