The action in the Industrial Internet of Things (IIoT) is heating up with stocks of startups and established players alike soaring even as mergers, acquisitions and other investments grow.

Markets and Markets pointed to the evolution of smart factories and factory automation technologies as a major growth driver, and identified the IIoT market for camera systems to grow at the highest rate of all segments during the intervening years. This relates to security and surveillance applications, mainly in the transportation and retail sectors. Among other uses, intelligent camera systems help with traffic monitoring and the detection and reporting of incidents.

The trends made last year the fourth straight year of growth for IIoT, according to CB Insights Research. The New York firm’s data showed investment in IIoT companies totaling over $2.2 billion across 321 deals; the greatest share of investments was in startups bringing digitization and IoT infrastructure to assist heavy industries. But, the environment has also been marked by major companies doing M&A. CB Insights noted General Electric’s acquisition of IoT platforms Bit Stew Systems along with two major 3D printing companies last fall.

So, what are some of the deals and companies helping to transform IIoT on a global basis?

Companies involved in developing industrial sensor networks are important drivers, as they are revolutionizing such areas as manufacturing, logistics and energy. Ineda Systems, for example, is developing low power SoCs (system on chip) for consumer and enterprise applications. It’s raised $43.32 million in four financing rounds from eight investors since its 2011 launch. 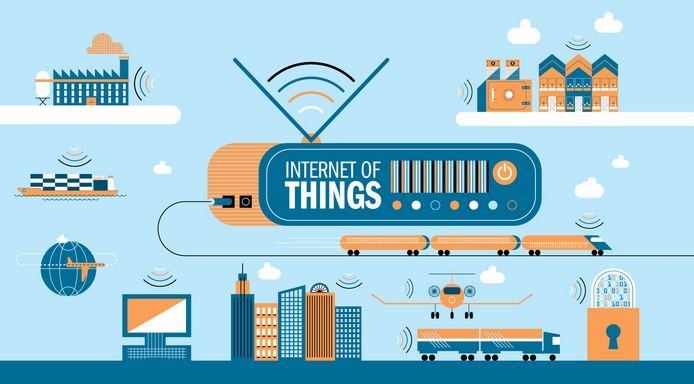 International Road Dynamics (IRD), meanwhile, happens to be another potential IIoT leader working to bring the technology to transportations systems and other logistic-focused areas.  Based in Saskatoon, Canada, the company develops and brings to market intelligent traffic management and in-vehicle solutions that incorporate IoT technology.

In yet another move that signals the IIoT is ripe for investment, earlier this year, IRD was acquired by Quarterhill, a company that was formed to specifically focus on acquiring promising technology companies in the IIoT space.

Highlighting the tremendous growth expectations within IIoT over the coming years, shortly following Quarterhill’s acquisition of IRD, Shaun McEwan, Quarterhill’s Interim CEO, commented to the Ottawa Business Journal that, “… we believe that investing our capital in these promising technology businesses will drive the greatest shareholder returns over time.”

Connectivity also happens to be a significant driver for IIoT. One of the best funded in the area of connectivity is SigFox, the French provider of connectivity for IIoT and machine-to-machine communications. In late May, it was announced that Khazanah Nasional Verhad, the government of Malaysia’s strategic investment fund, acquired a minority stake in the company. Sigfox had finished 2016 with one of the largest deals of the year — $160 million in Series E financing.

Another company to watch on the connectivity front is Actility. This European startup is giving Sigfox a run for its money as it gears up to connect everything from fuel tanks to canals to the Internet. In April, this startup got a big financial boost – a $75 million investment by a private equity group that included Robert Bosch GmbH, which manufactures and sells industrial electronic products.

And from India comes IoTrek, which is developing such IIoT solutions as energy management plug-and-plays to equip smart cities, along with smart metering applications that address infrastructure inefficiencies. This startup is moving forward thanks to a $154,000 seed funding investment from an unnamed consumer goods manufacturer.

It’s an exciting time for technology and the advances promised for business and industry as the possibilities for IIoT solutions explode. Investors that stake out their positions now are well positioned to capitalize on the opportunities long term.